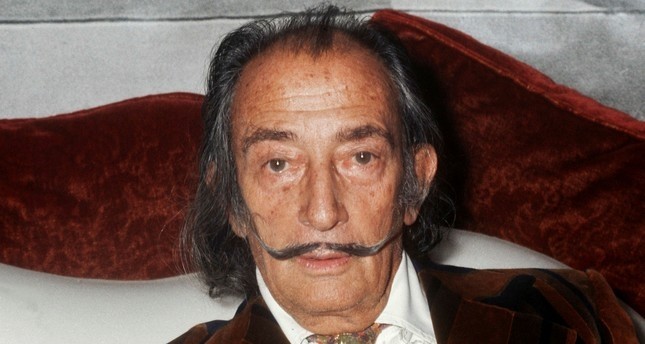 Normally, people who tread on Salvador Dalí's grave, an unmarked slab in the middle of the floor in the Dalí Theatre and Museum in Figueres, Catalonia, do not even realize it.

But on Thursday evening, as crowds full of journalists and curious onlookers gathered outside the museum and security shut the museum down to begin the exhumation, the artist's body became the center of attention.

After nearly three decades underground, Spanish surrealist painter Salvador Dalí is re-emerging on Thursday night, in another surreal twist to the artist's story.

Acting on a court order, investigators and forensic scientists began the process of exhuming Dalí for a DNA test to determine whether or not he is the father of Maria Pilar Abel Martinez, a 61-year-old fortune teller.

Dalí died in 1989 at the age of 85 and had no recognized children. However, Martinez claims that she was born from a secret affair that her mother, a maid, had with the artist in 1955, according to court documents. If she is proven to be his daughter, she would have a claim to part of her father's large estate.

Abel, who worked for eight years at a local TV network reading tarot cards, has been arguing the case since 2007.

"I'm very certain that the results are going to turn out to be positive," she told Spanish La Sexta network in a recent interview.

If scientists are able to extract a valid DNA sample, local media report that the answer will be revealed within the next month or two.