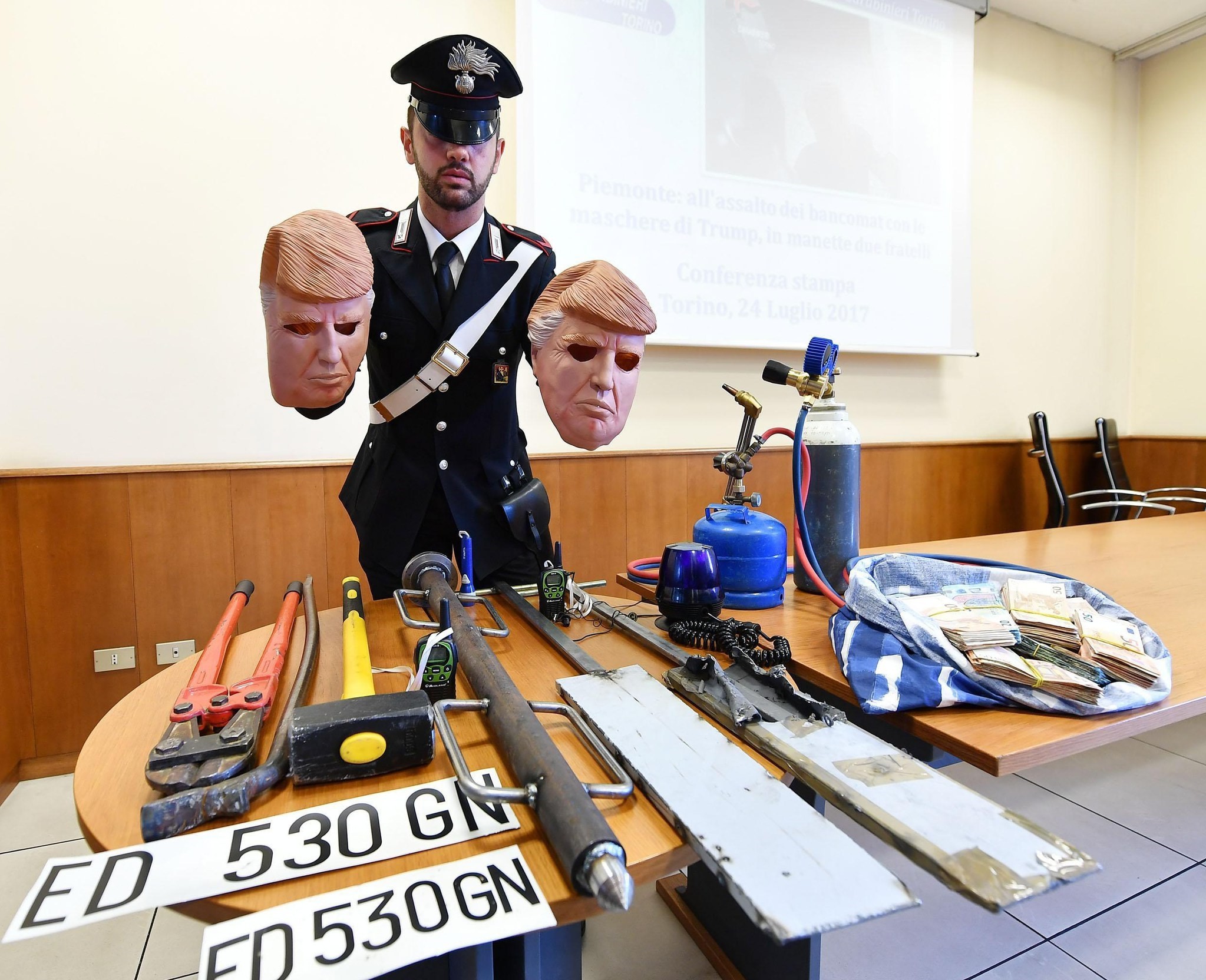 Masks of US President Donald J. Trump used by two alleged thieves are displayed by Italian Carabinieri police during a press conference in Turin, northern Italy, 24 July 2017. (EPA Photo)
by Jul 24, 2017 12:00 am

The stunt evokes the 1991 film "Point Break" starring Keanu Reeves and Patrick Swayze, in which a gang of surfers don masks of ex-U.S. presidents while robbing banks. But in a statement police said the brothers had been inspired by a different film.

"Inspired by the (1997) film 'The Jackal', whose protagonist -- played by Bruce Willis -- changes the colour of his car because police are in pursuit, the two brothers painted their (white) Mercedes black," the police statement said.

The brothers, aged 26 and 30, targeted cash machines near the northern Italian city of Turin.

In closed circuit footage of one of the robberies, one of the brothers in a Trump mask is seen covering the surveillance cameras in the lobby of a bank and planting an explosive in the cash dispenser.

He then ducks around a corner after lighting the fuse, just before a violent blast.