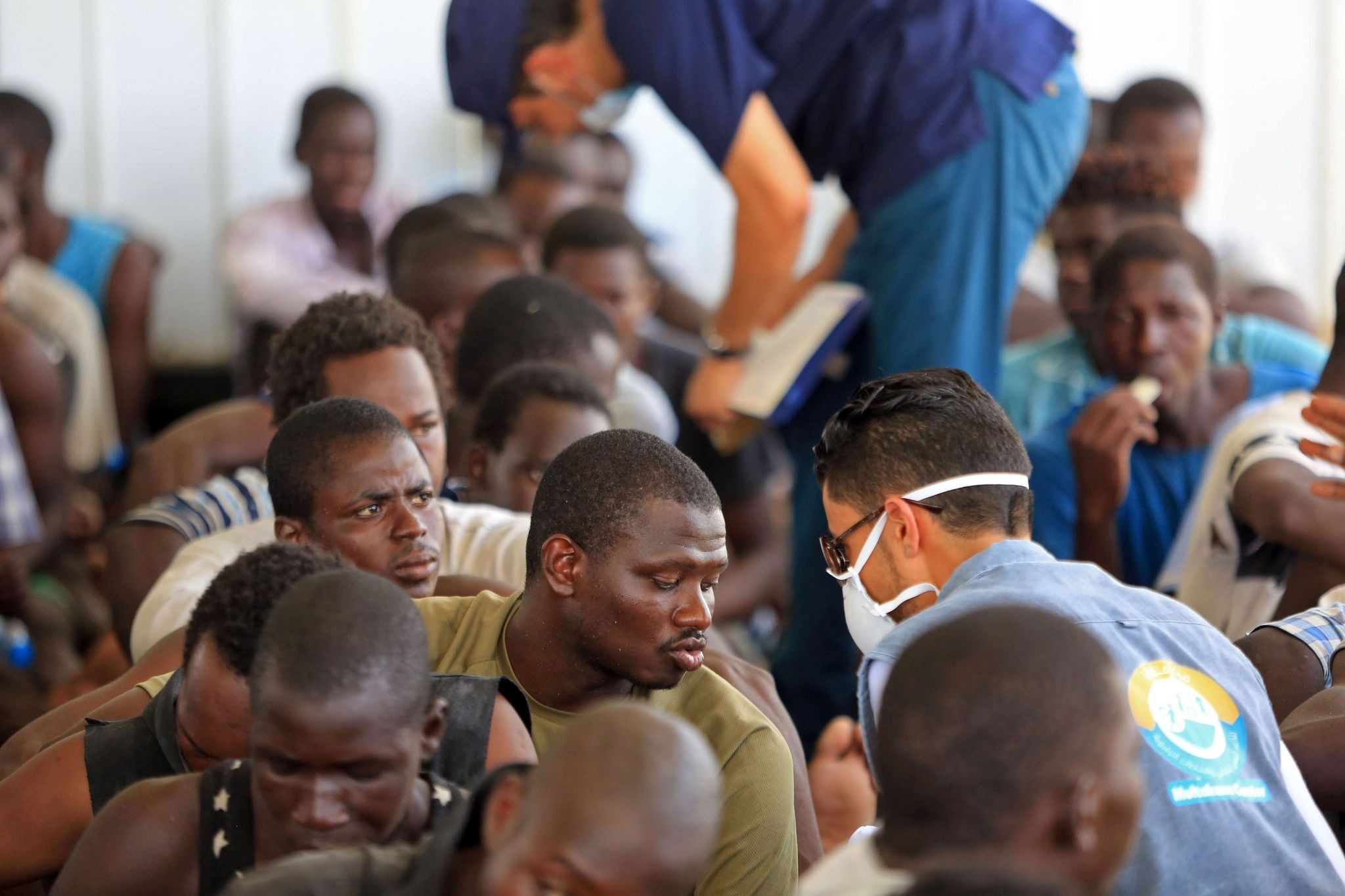 Aid workers talk with migrants from Africa, at a naval base in Tripoli after they were rescued by Libyan coastguards in the Mediterranean Sea off the Libyan coast, on July 24, 2017. (AFP Photo)
by Jul 24, 2017 12:00 am

In one operation, 150 migrants, mostly Africans, ran into trouble when their inflatable boat broke down and began sinking off the coast of Sabrata, 70 kilometers (45 miles) west of Tripoli, Navy spokesman Ayoub Qassem said.

Those aboard included two women and four children, he said.

A witness said people traffickers had taken the migrants out to sea and left them there after removing the engine on the inflatable boat and replacing it with another that quickly broke down.

The migrants were brought ashore to a naval base in Tripoli where authorities gave them food, water, and medical assistance before handing them over to a detention center.

He said they were rescued by two coastguard vessels including one that had been repaired in Italy and handed over to Libya in mid-May.

"This was its first outing at sea on a rescue mission," he said.

Human traffickers have exploited years of chaos in Libya since the 2011 uprising that toppled and killed dictator Moamer Kadhafi to boost their lucrative but deadly trade.

Tens of thousands of migrants have resorted to paying people smugglers to help them cross the Mediterranean Sea from Libya to what they hope will be a better life in Europe.

Since January, more than 100,000 migrants have made the perilous voyage, with around 85,000 arriving in Italy from Libya, according to the International Organization for Migration.

The IOM says this year some 2,360 people have drowned in the attempt.