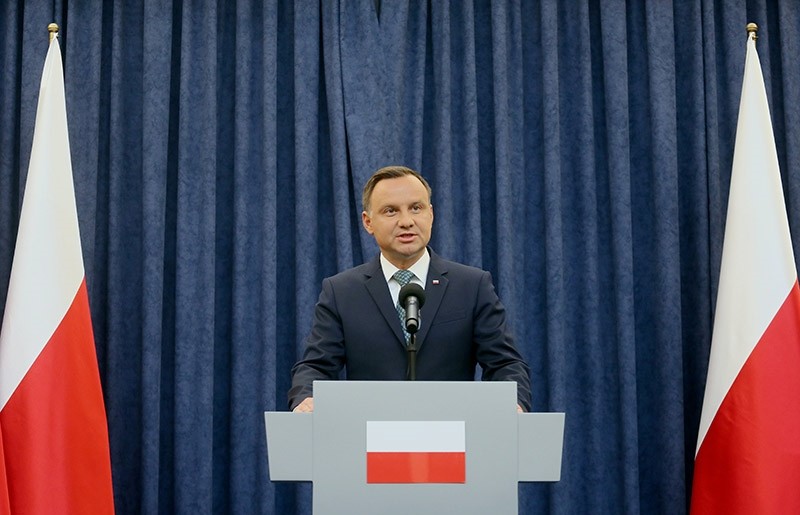 Polish President Andrzej Duda said on Monday he will veto two of three bills reforming the country's judiciary system, easing worries that the ruling Law and Justice party will undermine the division of powers.

In announcing his decision, Andrzej Duda broke openly for the first time with Jaroslaw Kaczynski, leader of the ruling Law and Justice party. Duda is closely aligned with the party and has supported its agenda since taking office in 2015.

Duda said he would veto two of three bills recently passed by lawmakers. One would have put the Supreme Court under the political control of the ruling party, giving the justice minister, who is also prosecutor general, power to appoint judges.

"I have decided that I will send back to Sejm (lower house of parliament), which means I will veto the bill, on the Supreme Court, as well as the one about the National Council of the Judiciary," Duda said after days of mass street protests.

Polish currency zloty immediately rose against the euro, as investors saw the decision as lowering the political risk in Poland.

The EU threatened to impose sanctions against Poland and suspend the country's voting rights.

Thousands of protesters took to the streets across Poland at the weekend urging Duda to exercise his veto.