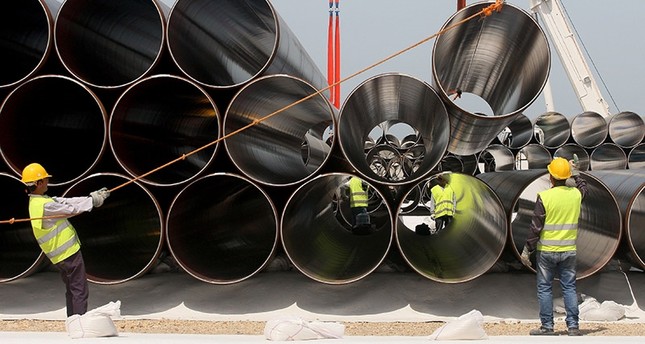 Plans for tighter U.S. sanctions against Russia could harm European companies with energy interests in their giant eastern neighbor and appeared designed to stimulate U.S. energy exports to Europe, a German business forum said on Thursday.

At a Berlin press conference, the German Committee on East European Economic Relations said the possibility of European counter-sanctions against the U.S. should be kept open as "a very last option" if firms in Europe were affected.

The committee, a fierce critic of the sanctions passed earlier this week by U.S. lawmakers, revised upward to 20 percent its forecast for growth in German exports to Russia this year, from 10 percent growth expected previously.

German business leaders warned that the US move could prevent German companies from working on pipeline projects that are "essential to Germany's energy security."

"The U.S. has left the common line it had with Europe for sanctions against Russia," Zypries told ARD television, adding that by not coordinating with Europe on the matter, there was a risk that German companies would be harmed.

Share on Facebook Share on Twitter
Previous in Europe More than 300 UK-based charities have had their bank accounts closed... Next in Europe Britain plans to play a bigger role in Asia after Brexit, including...
DAILY SABAH RECOMMENDS