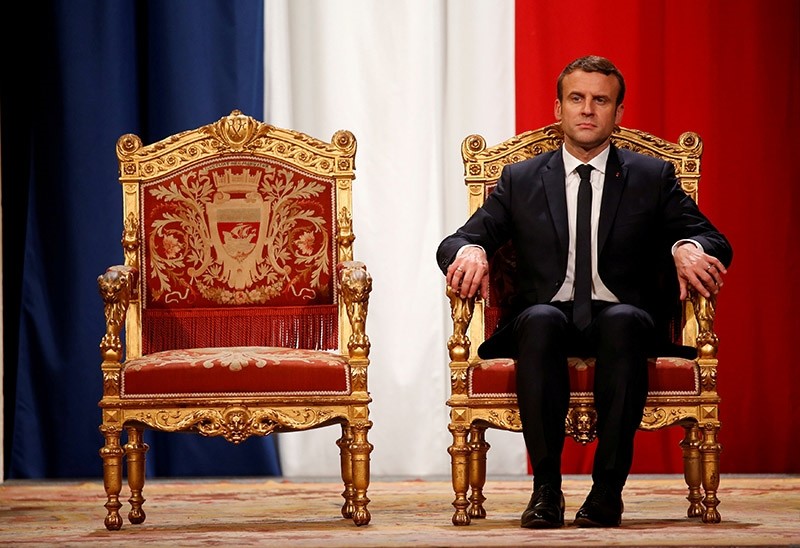 French President Emmanuel Macron listens as Paris Mayor Anne Hidalgo delivers her speech during a ceremony at the Hotel de Ville in Paris, France, May 14, 2017. (Reuters Photo)
by Daily Sabah Aug 03, 2017 12:00 am

A member of current French President Emmanuel Macron's party told Russian news agency Sputnik that some participants of a La Republique En Marche! Convention in July claimed to have been paid to attend the event.

Sputnik reported that Tiphaine Beaulieu, who is a representative for Les Marcheurs en Colere (Angry Marchers) – a separate group within En Marche!, said that random people using the party's official website were being granted membership, leading to chaos among current En Marche! members.

The Les Marcheurs en Colere representative even said that the incident could look like "fraud or crowd manipulation."

Beaulieu went on to claim that En Marche! members who criticized the party's latest internal policies were "systematically blacklisted."

Those removed from the party reportedly need to reapply for membership with a different email address.

"We are starting to realize this has nothing to do with the high values we pursued," Beaulieu told Sputnik.

En Marche! was founded by the then 38-year-old Economy Minister Emmanuel Macron on April 6, 2016. The party, which has the same initials as its founder, won the May 2017 presidential runoff, going on to achieve a majority in France's National Assembly.