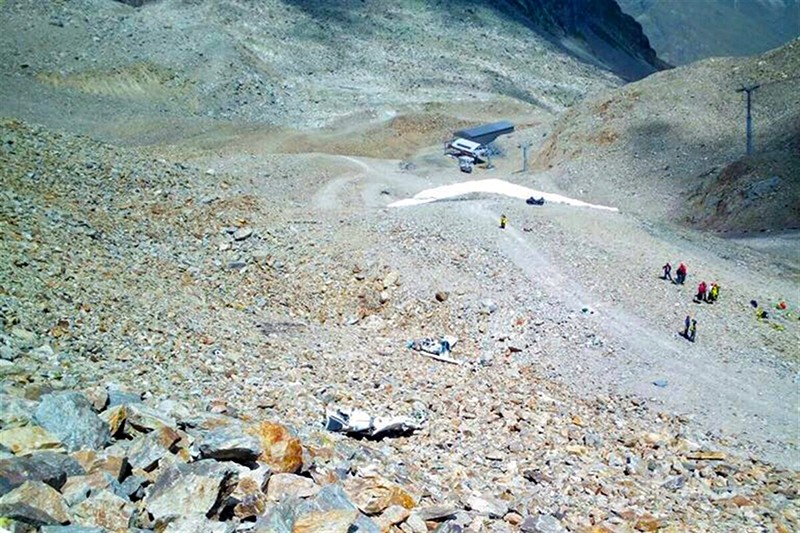 A handout photo made available by the Graubunden Canton Police shows a general view over the crash sitewith debris of a small aircraft near Pontresina in the Diavolezza area, Switzerland, August 4, 2017. (EPA Photo)
by Aug 04, 2017 12:00 am

A plane crash at a Swiss summer camp on Friday killed two 14-year-old campers and the pilot, while leaving a third teenager seriously injured, police said.

The ride in the single-engine plane was organized at the Aero-Club of Switzerland camp in the canton of Graubunden, police said, adding that an investigation had been opened into the cause of the crash in the mountainous region.

"My world has collapsed", Yves Burkhardt of the Aero-Club told reporters.

He said the flight was meant to be the highlight activity at the end of the week-long camp and that the club had been operating youth summer activities for 35 years.

The aircraft was identified as a Piper PA28, a light plane sometimes used for training.

The pilot was experienced and had already taken another group of campers up for a flight earlier in the day, area police spokesman Roman Ruegg said.

According to Ruegg, a group of tourists who had taken a gondola ride up to view the region's peaks watched the plane plummet.