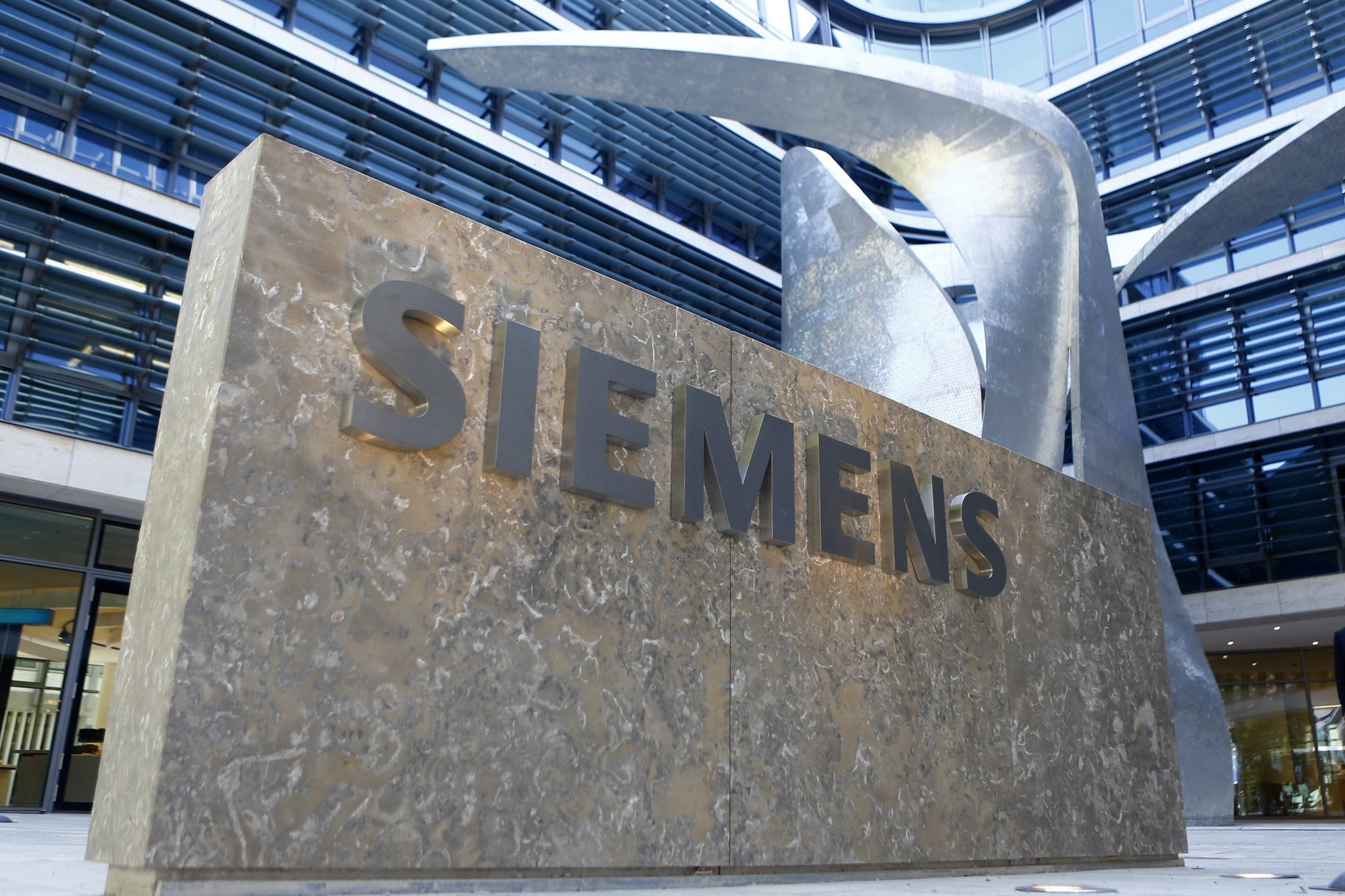 In this June 24, 2016 file photo the logo of German industrial conglomerate Siemens is pictured prior to the opening ceremony at the new headquarters in Munich, Germany. (AP Photo)
by Aug 04, 2017 12:00 am

The individuals -- two Russian government officials and a senior figure with one of the companies involved -- will be subject to an asset freeze and a travel ban, the European Union said in a statement.

"The EU has added three Russian nationals and three companies involved in the transfer of gas turbines to Crimea to the list of persons subject to restrictive measures in respect of actions undermining Ukraine's territorial integrity, sovereignty and independence," the EU statement said.

The EU said that setting up an independent power supply for Crimea supports its "separation from Ukraine" and that "gas turbines are a substantial element in the development of new power plants."

Siemens said last month it was scaling back its Russian operations after finding out that the four turbines had been "illegally" modified and moved to Crimea, which Russia annexed in March 2014.

A firm targeted by the new sanctions, Russian company Interautomatika, which sells power-plant control systems, is one that Siemens said it would divest a minority stake in following the revelations.

The EU -- which has a strict policy of refusing to recognize Moscow's annexation of Crimea -- said 153 people and 40 companies had now been targeted by individual sanctions against Russia.

The bloc also maintains broader economic sanctions against Russia, imposed after the shooting down of Malaysia Airlines flight MH17 over Ukraine in 2014.