German state to hold snap election on Sept. 24 after loss of majority 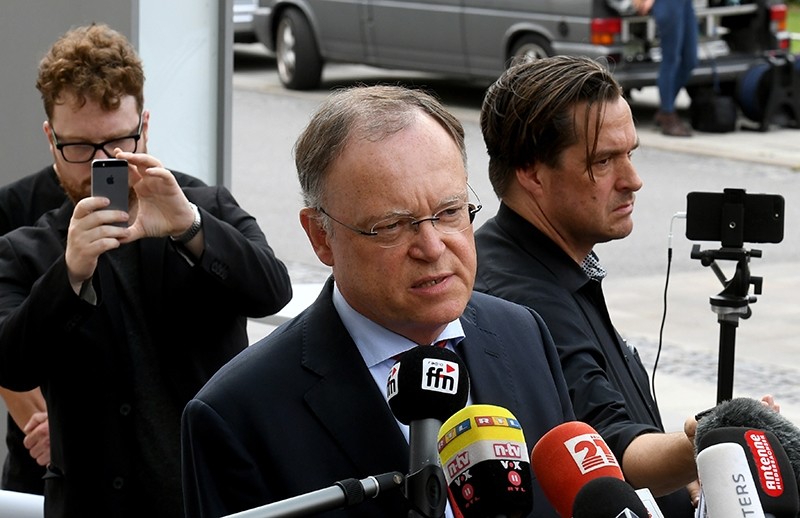 The Social Democratic (SPD) governor of one of Germany's biggest states said Sunday that a snap election should be held on September 24, the same day as the country's general election, following the loss of his government's parliamentary majority.

Stephan Weil, whose SPD governs alongside the Greens in Lower Saxony, suggested the date in an interview with the RND media group, just days after Greens lawmaker Elke Twesten announced her plan to defect to Chancellor Angela Merkel's Christian Democrats (CDU).

The defection gave Merkel's CDU and the business-friendly Free Democrats (FDP) - Germany's other major centre-right party - a majority in the state legislature and a symbolic boost ahead of the national election.

The CDU and its Bavarian ally, the Christian Social Union (CSU), are already 18 percentage points ahead of the SPD in the latest polls.

Merkel is running for a fourth term in office in the September 24 poll.