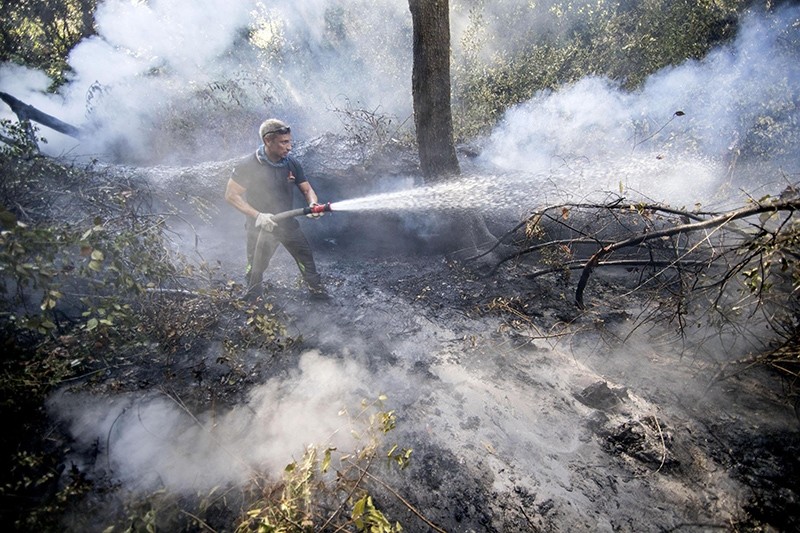 Italian police said on Monday they had arrested a Sicilian volunteer firefighter who started fires and made fake emergency calls to earn a stipend for responding to them.

Soaring temperatures and a prolonged drought are scorching swathes of Italy and wildfires in some areas have been blamed on arsonists.

Sicilian police investigated 15 people near the southeastern town of Ragusa who they suspected of conspiring to set or report non-existent fires to make sure they received the 10 euro ($11.80) hourly rate paid to them if they went out to deal with the emergencies.

Suspicions were raised when the group responded to 120 incidents, compared with the 40 dealt with by other groups in the same time period, police said in a statement.

Only the ringleader, name as D.D.V., was considered sufficiently dangerous to be placed under house arrest, because he continued starting the fires after the others had stopped, police said.

In collusion with the others, D.D.V. left the base in his car, lit fires or made a false report, then came back to the fire station and waited to be called out to deal with it.

"He demonstrated a sharp criminal ability and had no fear about the consequences of his behavior," the statement said, adding the investigators had recorded the suspects' private conversations.

"On one occasion, D.D.V. even said he wanted to set off a bomb so as to take the money available if the emergency vehicles needed to be repaired."

The conspirators either used their own telephones to make the false emergency calls, or asked family and friends.