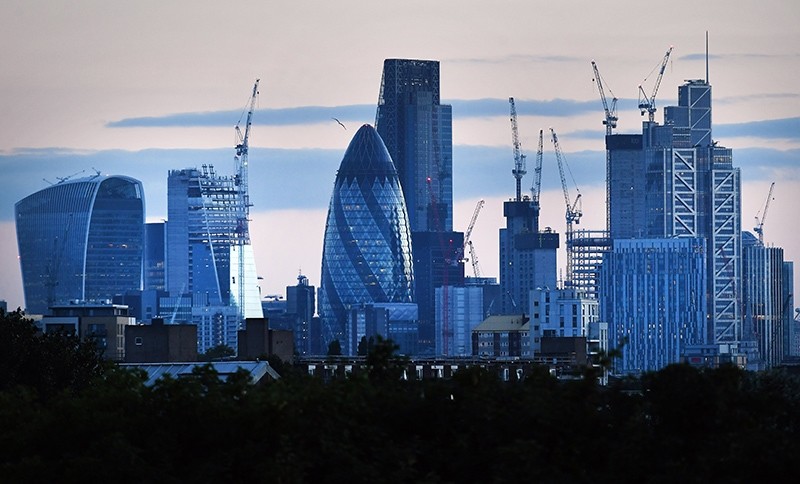 The British government denied Monday that it has agreed on the amount of its European Union exit bill, after a report emerged that it plans offer the bloc 36 billion pounds (40 billion euros, $47 billion).

Britain's outstanding tab to settle commitments it made as an EU member is one of the biggest issues confronting the divorce talks. The EU says it won't discuss future trade relations with Britain until there is progress on the bill and other key issues.

The EU has not put an official number on the size of the bill, but estimates have ranged as high as 100 billion euros ($118 billion).

Britain voted in a referendum last year to quit the 28-nation bloc and is due to leave in March 2019.

EU budget commissioner Guenther Oettinger told Germany's Bild newspaper in comments published Monday that Britain would remain bound by some previous commitments to long-term projects after Brexit and "will therefore have to transfer funds to Brussels at least until 2020."

The size of the bill is a hot political issue in Britain, with some anti-EU politicians insisting the country should pay nothing at all.

The Sunday Telegraph reported that British officials have decided to offer 36 billion pounds, or 40 billion euros, in a bid to move talks on to the key issue of trade. But Prime Minister Theresa May's spokesman, James Slack, said "I don't recognize" the figure.

He added, however, that Britain was prepared to pay a "fair settlement" of its obligations.

Oettinger said in the long term, Britain's withdrawal will mean a loss of about 10 to 12 billion euros ($11.8-14 billion) per year to the EU budget, which will be made up through a combination of cuts and higher payments from other members.

He estimated that Germany would face an "additional single-digit billion" increase.