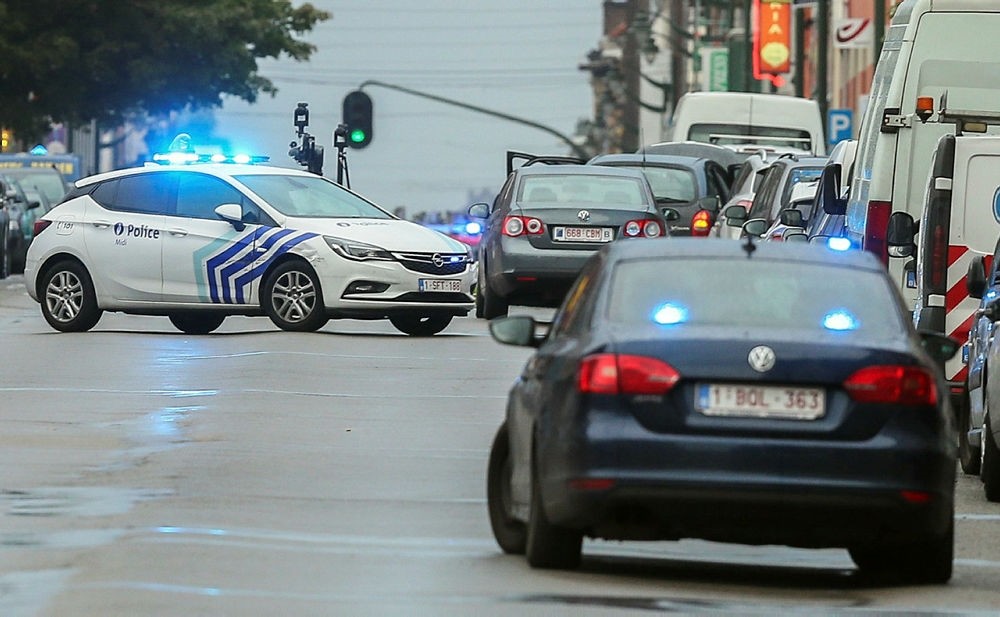 Brussels police opened fire on a car after a high-speed chase on Tuesday in the suburb of Molenbeek, where the driver told officers that explosives were inside the vehicle.

Police fired once at the car, which was involved in two collisions during the chase, Brussels prosecutor's spokeswoman Ine Van Wymersch told The Associated Press.

Police were alerted to the vehicle after the driver ran a red light.

"When they got the person out, he immediately claimed that there were explosives inside," Van Wymersch said. The man was alone and no one has been injured, he added.

Army bomb disposal experts have been called in and police have sealed off the area, locking a number of people in nearby shops as a precaution, Van Wymersch said.

The heavily protected team could be seen removing plastics bags containing some items from the car, which was surrounded by a number of police vehicles.

Police officers and forensic experts without protection were seen walking around the car about three hours after the incident, suggesting the area was safe.

Brussels police spokeswoman Dorothee Cattrysse said 400 to 500 people were being kept inside stores in the area.

Brussels has been on high alert since 32 people were killed in suicide attacks on the city's airport and subway in 2016. Many suspects linked to those attacks and the November 2015 massacre in Paris lived in or transited through Molenbeek.