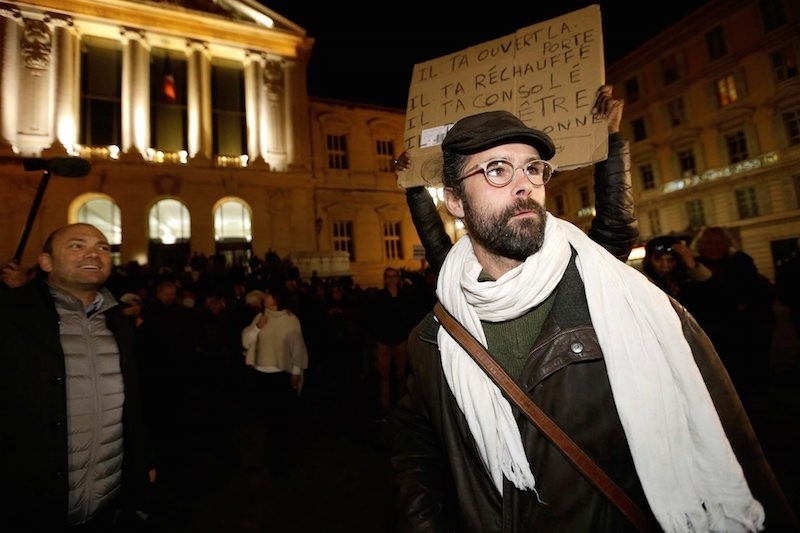 The Court of Appeal of Aix-en-Provence convicted Cedric Herrou, 37, of assisting the entrance of illegal migrants and housing them, which carries a maximum sentence of five years in jail.

The public prosecutor requested an eight-month suspended jail sentence during a hearing on June 19. Herrou was fined €3,000 ($3,200) last February by the Criminal Court of Nice.

University researcher Pierre-Alain Mannoni was acquitted of similar charges by the same court on January.

Herrou has been hailed as a hero for housing the undocumented refugees in caravans on his hillside farm in the Roya valley in southeast France over a period of two years.

His olive farm sits on the border with Italy, near a popular route for refugees entering France.

"It is the role of a citizen in a democracy to act when there is a failure of the state," Herrou told supporters and reporters before entering the courtroom, according to the French newspaper L'Express.

According to local media, the judge told Herrou it was a "warning penalty" and he could risk a higher sentence if convicted of similar charges again.

The farmer reportedly said he felt "angry" not because of the sentence but "because we are losing the fundamentals of what France is about".

"It is an extreme right-wing policy, I call on Mr. [Emmanuel] Macron, to position himself above it," Herrou was quoted as saying.