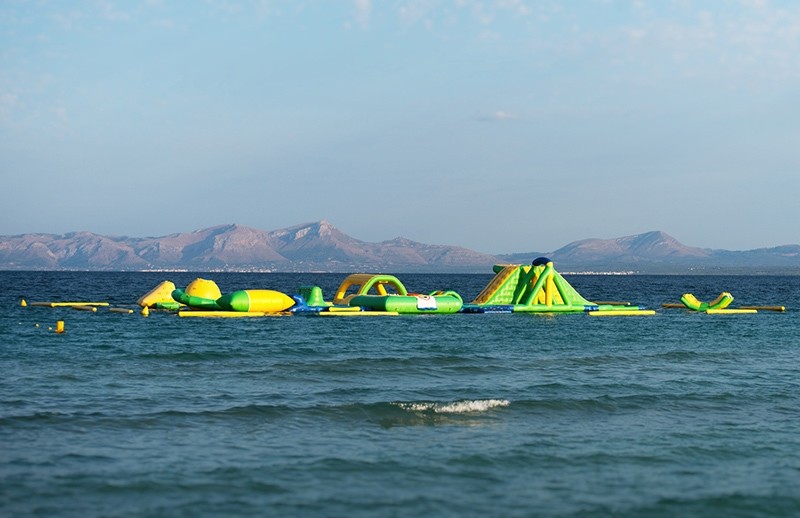 A Ukrainian teen spent three days stranded in the open sea before being rescued by the coast guard near Crimea, media sources reported Wednesday.

Mykhailo Doroshenko, who works as a security guard on a beach in southern Ukraine's Kherson region, decided to sleep on an inflatable trampoline close to the pier after his shift.

While he was sleeping the 18-year-old traveled 64 kilometers (40 miles) offshore on the trampoline, and, to his surprise, woke up in the open waters of the Black Sea.

For three days Doroshenko struggled with hunger and thirst as an uncharacteristic heatwave struck eastern Europe and northern Black Sea region in particular.

He called to several passing ships to no avail, but someone must have raised the alarm, as he was eventually rescued by the Russian coastguard.

Upon arriving safely back to land, Doroshenko was taken to a local hospital in Crimea, the Ukrainian peninsula illegally occupied by Russia since 2014. He reportedly was suffering from sunstroke and extreme dehydration.

"Mom, don't worry: I'll be back home intact. Next time I'll think before doing anything," Doroshenko said as local Russian authorities, not recognized by Ukraine, worked to send the teen back to his country.

The coast guard located Doroshenko Saturday, but did not report the incident until late Tuesday.