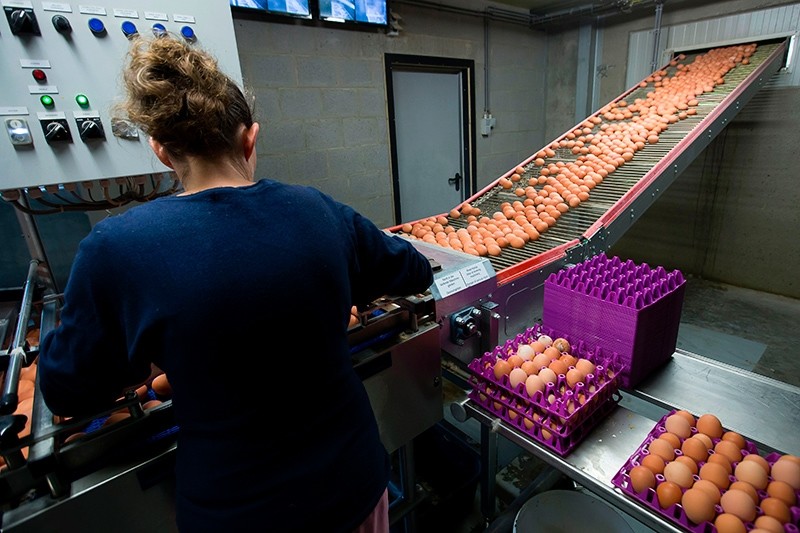 The EU's executive Commission will call an emergency meeting of ministers over insecticide-tainted eggs in a bid to end "blaming and shaming" over the scandal, health commissioner Vytenis Andriukaitis said Friday.

Andriukaitis told AFP he wanted the Netherlands, Belgium and Germany to stop trading accusations about who is responsible for the scare, which involves fipronil, a chemical that can be harmful to humans.

"Blaming and shaming will bring us nowhere and I want to stop this," the Lithuanian commissioner said in response to emailed questions.

"But first things first. Our common job and our priority now is to manage the situation, gather information, focus on the analysis and lessons to be learned in view to improve our system and prevent criminal activity," Andriukaitis said.

He added: "That is exactly what I have discussed with the German, Belgian and Dutch ministers this week. I proposed to hold a high-level meeting gathering the ministers concerned as well as the representatives of the food safety agencies in all member states involved as soon as we have all the facts available."

Contaminated eggs have been found in at least 11 countries since the scare went public on August 1, with millions of eggs and egg-based products being pulled from supermarket shelves.

Denmark was the latest to say it had been affected, announcing that 20 contaminated tonnes of eggs imported from Belgian suppliers had been sold there.

But there have been rows among Belgium, the Netherlands and Germany -- the three countries where the contaminated eggs were first discovered -- about who is responsible.

Belgium earlier this week accused the Netherlands of knowing about the fipronil eggs since November 2016 and failing to notify other countries, a charge the Dutch have denied.

However Dutch and Belgian investigators carried out coordinated raids on several premises on Thursday, arresting two people at a Dutch firm believed to be at the centre of the crisis.

Fipronil is commonly used to get rid of fleas, lice and ticks from animals but is banned by the European Union from use in the food industry. When eaten in large quantities it can harm people's kidneys, liver and thyroid glands.

The food scare is one of the biggest to hit Europe since the 2013 horsemeat scandal when equine meat was falsely labelled and sold as other kinds of meat.