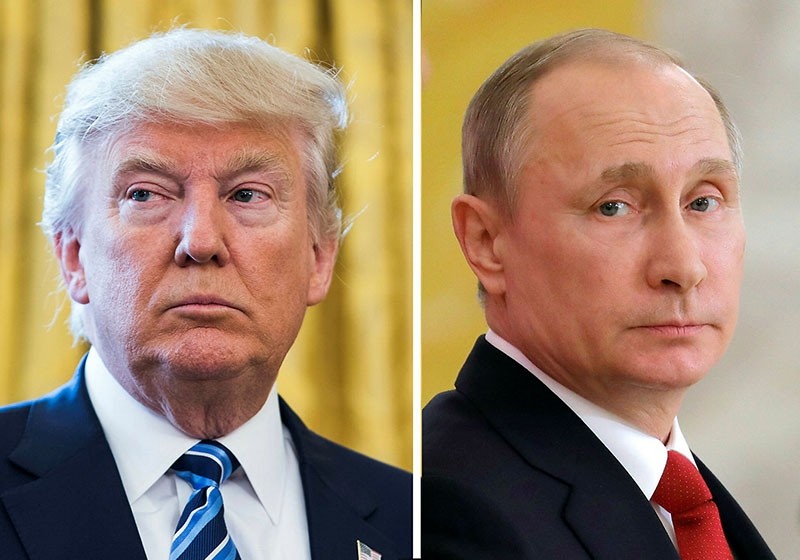 Seeking leverage with Russia, the Trump administration has reopened consideration of long-rejected plans to give Ukraine lethal weapons, even if that would plunge the United States deeper into the former Soviet republic's conflict.

The deliberations put pressure on President Donald Trump, who's fighting perceptions he is soft on the Kremlin amid investigations into whether his campaign colluded with Moscow to interfere in the 2016 U.S. election.

The proposal, endorsed by the Pentagon and the State Department, reflects his administration's growing frustration with Russian intransigence on Ukraine and a broader deterioration in U.S.-Russian ties. The tensions were seen most recently in Russian leader Vladimir Putin's order for America to eliminate more than half its diplomatic personnel in Russia.

Awaiting Trump and his closest advisers is an authorization to provide Ukraine with anti-tank and potentially anti-aircraft capabilities, according to U.S. officials familiar with plan. It's not dramatically different from proposals rejected by President Barack Obama, who feared an influx of U.S. weapons could worsen the violence responsible for more than 10,000 deaths in Ukraine since 2014 and create the possibility of American arms killing Russian soldiers. Such a scenario could theoretically put the nuclear-armed nations closer to direct conflict.

While Obama was still in office, Trump's campaign also rejected the idea of arming Ukraine, preventing it from being included in the Republican platform.

Now, however, it's under discussion by Trump's senior national security aides, according to the officials, who spoke on condition of anonymity because they weren't authorized to talk about the matter publicly. While there is no deadline for a decision and one is not expected imminently, the debate is going on as U.S. and Russian diplomats prepare to meet as early as this coming week to explore ways to pacify eastern Ukraine, where Russian-backed separatists have fought the central government for three years.

"The Russians have indicated some willingness to begin to talk with us about a way forward on Ukraine," Secretary of State Rex Tillerson said after seeing his Russian counterpart, Foreign Minister Sergey Lavrov, last week in the Philippines.

Tillerson noted his recent appointment of a special representative for Ukraine, Kurt Volker, who will coordinate with Russia and European countries to give "full visibility to all the parties that we're not trying to cut some kind of a deal on the side that excludes their interests in any way."

Russia hawks in the U.S. and uneasy American allies have feared such a prospect since Trump took office after a campaign in which he questioned NATO's viability and repeatedly expressed his wish for a new U.S.-Russian partnership. At one point, two years after Russia's annexation of Ukraine's Crimea region, Trump even challenged the notion that the Russians would "go into Ukraine."

Volker has proposed a meeting with his Russian counterpart, Putin ally Vladislav Surkov, before the end of the month. Lavrov said after his talks with Tillerson that the meeting would be in Moscow. U.S. officials say no venue has been determined, with the neutral venues of Geneva or Vienna also in play.

Volker, a former U.S. ambassador to NATO who is known as a Russia hawk, supports arming Ukraine. Such action, he says, would boost the U.S. negotiating position in the east and offer Kiev the means to defend itself against any future aggression. Unsurprisingly, Russia opposes such assistance and warns of consequences.

"I hear these arguments that it's somehow provocative to Russia or that it's going to embolden Ukraine to attack. These are just flat out wrong," Volker told an interviewer last month as he visited Europe on his first trip in his new post. He argued that arming Ukraine would help rather than hurt efforts to stop Russia from threatening or interfering in its neighbor's territory.

All proposals in recent years have focused on arms that are deemed "defensive" in nature and none would appear to give Ukraine any strategic edge over Russia's vastly superior military forces.

"We have not provided defensive weapons nor have we ruled out the option to do so," State Department spokeswoman Heather Nauert said on Aug. 3. "That's an option that remains on the table."

A White House official would not comment on internal administration deliberations but noted that since the crisis began in 2014, the U.S. has provided Ukraine with support equipment for its forces and training and advice to further defense reforms.

Some U.S. officials say the idea is gaining currency because of Washington's impatience with Russia and its start-and-stop implementation of a 2015 agreement designed to end the conflict in eastern Ukraine. The Minsk Accords were agreed by Ukraine, France, Germany and Russia with the goal of enforcing a cease-fire in the east and introducing political reforms to give the area more political autonomy.

While the Obama administration allowed Europe to take the lead on the Minsk process, Volker has been empowered to make the U.S. a player in the effort.

The objective now is to change Russia's strategic thinking, one official said, and providing defensive weapons to Ukraine would be one way to do that.