1 killed, at least 8 injured after driver rams into pizzeria east of Paris 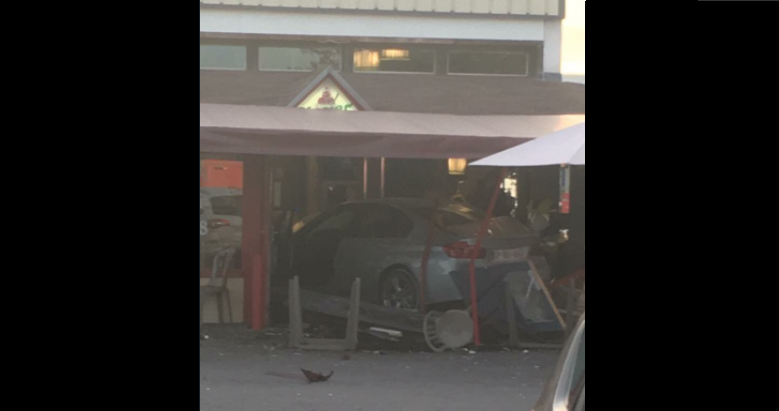 A 13-year-old girl was killed and her younger brother received life-threatening injuries when a driver steered his car into a pizzeria east of Paris, police said on Monday.

Authorities initially said the victim was 8-years-old, but later said she was 13. An official with the national gendarme service said her younger brother was among at least 12 people injured in the attack.

The official said the attacker was driving a BMW that he aimed at patrons of Pizzeria Cesena in the small town of Sept-Sorts, about 60 kilometers (36 miles) east of Paris.

The official was not authorized to be publicly named.

Investigators believe the act was "deliberate... but apparently has no connection with a terrorist act," the public prosecutor's office in the town of Meaux said.

France's Interior Ministry has described the man as apparently suicidal and the incident is not believed linked to terrorism.

Ministry spokesman Pierre-Henry Brandet said on BFM television that the man was born in 1985 and was believed to have tried to commit suicide last week.

The man was arrested soon after the attack Monday night in the town of Sept-Sorts east of Paris.

A police official said the man was psychologically unstable and had no police record. The official says investigators are not searching for accomplice

France has suffered a string of terror-related attacks, including the use of cars as weapons.

On August 9, six soldiers were injured after they were hit by a rented BMW in a western Paris suburb.

The suspect, a 36-year-old Algerian man, was later shot and wounded after a dramatic motorway chase.

There are an estimated 10,000 people flagged as extremists in France and security forces say their resources enable them to monitor and mount surveillance of only a limited number.

French authorities claim they have thwarted on average one plot every month since December 2015 when a wave of violence began.

In January 2015, gunmen targeted the Charlie Hebdo satirical magazine and a Jewish supermarket, which was followed by atrocities around Paris including at the Bataclan concert hall in November of the same year.

In July 2016, a self-radicalized extremist drove a truck through crowds watching fireworks in the southern city of Nice, killing 86.

An attacker with an automatic weapon opened fire on police on Paris' iconic Champs-Elysees on April 20, 2017, killing one officer and seriously wounding two others before police shot and killed him. Daesh quickly claimed responsibility for the attack.