13 killed, 100 injured in as van plows into people in Daesh-claimed attack in Barcelona 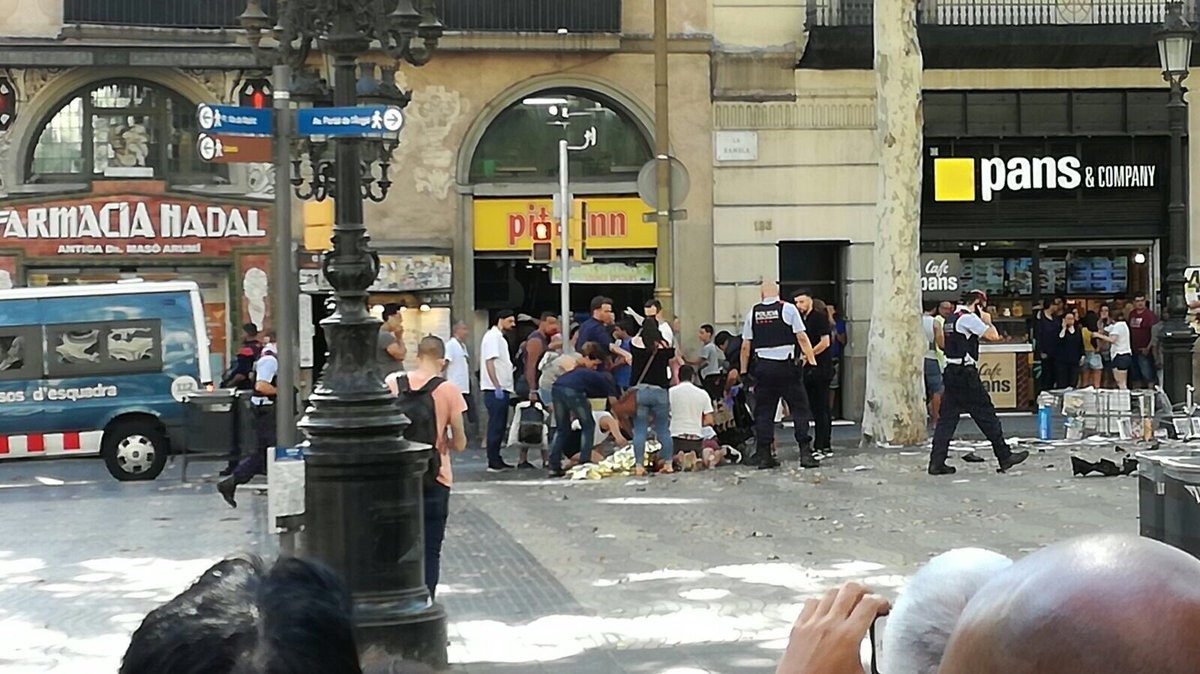 At least 13 people were killed and 100 others were injured after a van deliberately rammed into the crowd on Barcelona's Las Ramblas street in a terror attack claimed by Daesh on Thursday.

Police said that a white van mounted a sidewalk, and struck several people in the city's Las Ramblas district. The Catalan regional government later confirmed the arrest of two of the suspects.

Police Major Josep Lluis Trapero also gave the nationalities of the two suspects detained Thursday. He said during a news conference that one is Moroccan and the other is a Spanish national from Melilla, a Spanish city on Africa's north coast that neighbors Morocco. He also said neither detained suspect was the driver of the van used in the fatal attack in Las Ramblas.

Trapero said the man drove the attack van down the pedestrian walkway from the top of Las Ramblas to near the city's opera house and then set out on foot.

A statement made by the extremist group's media arm — the Amaq news agency — said Thursday's attack was carried out by "soldiers of Daesh."

It said the attack was in response to its calls for its followers to target countries participating in the U.S.-led coalition trying to drive the extremist group out from Syria and Iraq.

A senior police official said the attack was also linked to an explosion the previous day in Catalonia in which one person was killed and several people were injured.

Catalan police identified one of the perpetrators of the terror attack as Driss Oukabir who leased a Fiat vehicle before the attack. He is thought to be a Morocco born Spanish national, but it has not yet been confirmed by authorities. 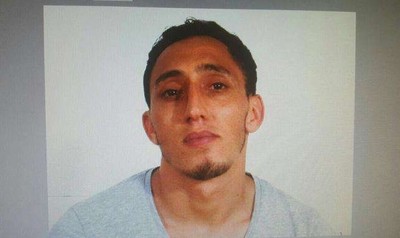 The terrorist was captured and arrested by Catalan police later on, according to Spanish public broadcaster RTVE.

The El Pais newspaper said several people were left lying on the ground. Police cordoned off the street and shut down its stores.

A second van linked to a separate attack in Barcelona has been found in the small town of Vic in Catalonia, local authorities said on Twitter.

Police have cordoned off the area and are inspecting the vehicle, the city council said.

The police force for Spain's Catalonia region said a car knocked down two police officers at a traffic checkpoint in Barcelona.

The Mossos d'Esquadra force did not indicate if the incident was related to the van attack in the city's Las Ramblas district.

Barcelona police later said in a tweet that the car and its driver were intercepted about 10 kilometers (6 miles) outside of the downtown area where the original attack happened.

Barcelona's mayor said that a minute of silence will be held Friday in the city to show "we are not scared."

Meanwhile, the Turkish foreign ministry condemned the 'heinous' attack 'in the strongest terms' and offered Turkey's support for "its friend and ally" Spain.

Catalan emergency services said that they had requested that metro and train stations be closed in the area close to the Las Ramblas avenue.

Las Ramblas, a street of stalls and shops that cuts through the center of Barcelona, is one of the city's top tourist destinations. People walk down a wide, pedestrianized path in the center of the street, but cars can travel on either side.

This is the first terror attack with a high number of fatalities in Spain since March 2004, when terrorists placed bombs on commuter trains in Madrid, killing 191 people and wounding more than 1,800.