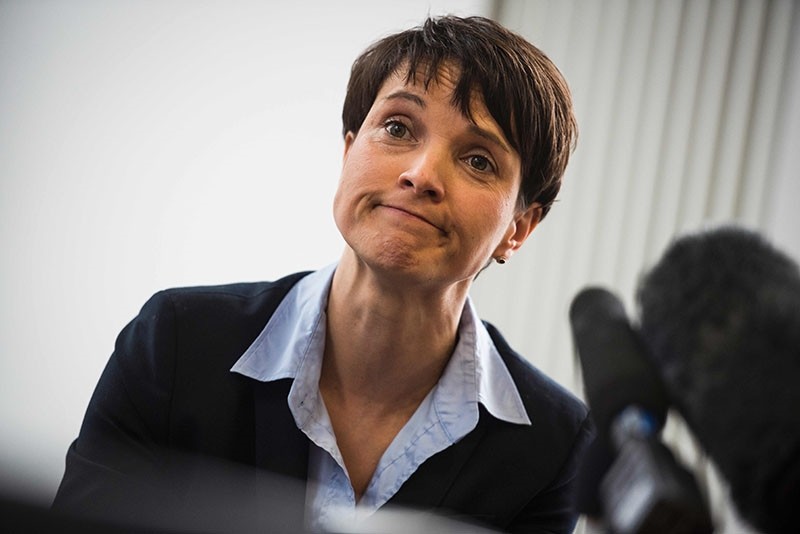 A committee of a German state parliament has recommended lifting the immunity of a German nationalist leader so they can pursue an investigation of allegations that she lied under oath.

German news agency dpa reported that the committee in Saxony on Thursday unanimously voted in favor of lifting Frauke Petry's immunity from prosecutrion.

Petry is a co-leader of Alternative for Germany, which hopes to enter Germany's national parliament in a Sept. 24 election, and also its top regional lawmaker in Saxony.

The investigation centers on differing accounts given by Petry and another party official to a state legislature committee in relation to a candidate list for a 2014 regional election.

The party says it stands by Petry.