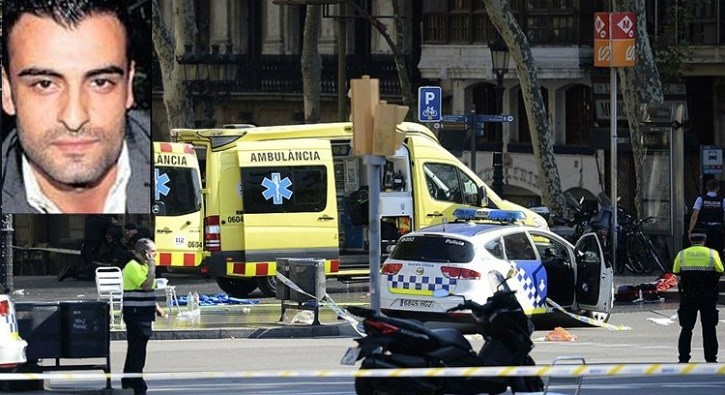 Spanish authorities thanked Turkish restaurant owner and his employees who carried the injured people into the restaurant and prevented terrorists from entering the place during Thursday's terror attack in Barcelona.

Ercan Can, the 27-year-old owner of Rey de Estambul, said he heard a loud voice and saw a van stopping as it took him a while to grasp the situation in the city's historic Las Ramblas district.

"Police were not touching the severely injured but were carrying the minorly wounded people off the street. We later opened our restaurant and carried injured people together with the police," Can said.

The day after the attack, Catalan police paid a visit to the restaurant and thanked Can and others working in Rey de Estambul for their help. Spanish security officials said the restaurant staff contributed greatly in the aftermath of the attack.

The restaurant was thought to be the initial place where the terrorists were holed up as the police initially surrounded it after the suspects ran on foot. Can said he immediately shut the doors, preventing a possible hostage situation. The attackers later used an apartment beside the restaurant to run away from the police.

On Thursday evening, 14 people were killed and more than 100 others were injured when a white van plowed into a crowd in central Barcelona.

The incident in Cambrils followed another deadly vehicle attack in central Barcelona in which over 100 tourists, including a Turkish man, and locals were wounded.

Spanish police shot and killed five suspected terrorists in an operation after the attack.

On Friday, emergency services in Catalonia said there were 34 different nationalities among those killed and injured in the Barcelona and Cambrils incidents.