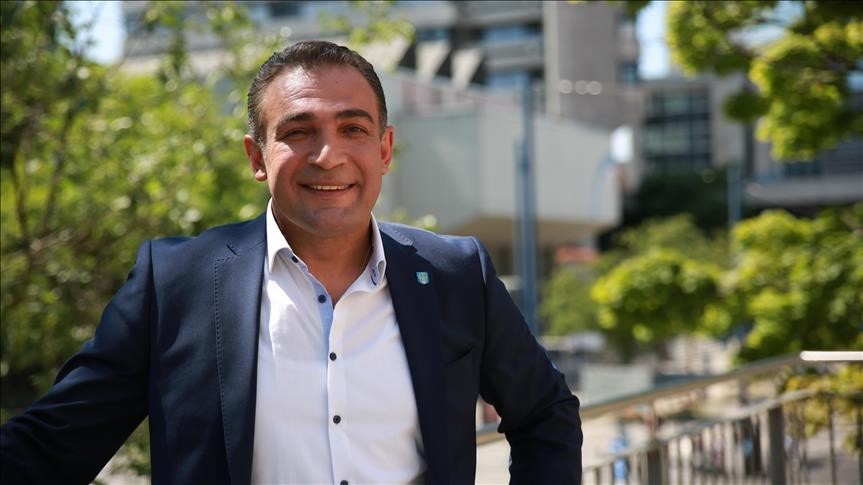 A Turkish-German man running to become mayor of a German municipality has told Anadolu Agency he wants to bring Turkish "hospitality, diligence and practicality" to all the people of Offenbach, Frankfurt.

Muhsin Şenol, a 44-year-old financial consultant, is the only candidate with a migrant background in the contest, which will run until Sept. 10.

Şenol, who was seven when he immigrated to Germany in the 1980s with his father, now wants to become mayor of the Offenbach municipality in central Frankfurt, a major European financial hub.

He is running on behalf of the Forum Neues Offenbach, an umbrella organization of migrant NGOs established in 2010 to attract support from among the city's diverse voter base.
Offenbach's electorate contains a high proportion of voters who are either from other EU countries or have a migrant background.

"We know this place as [our] homeland now," Şenol said.

Şenol has lived in the city since his family migrated from Çankırı, Turkey, receiving his education and starting his business there.

However, his involvement with politics during his youth as a member of the center-left Social Democratic Party has left him with some criticisms of Germany's political culture, "It was not possible for a black-haired, dark-eyed Turk to take an active part in political parties. I moved away from the parties, thinking that Germany was not yet ready for a Turkish politician." "I have been following city politics for a long time. In 2010, I gathered the foreign-origin non-governmental organizations in the city at one table, and we decided to create a voter group ourselves."

Now they are planning to make the Offenbach economy more attractive for foreign investors from all over the world.

"This can be easier because people like us, like immigrants, have dual connections," he added.
Şenol said they also want to plan new residential areas, invest in schools and solve traffic problems.

"Everyone has a responsibility to his country. One of these main responsibilities is to contribute to the existing [political] system. In this context, our citizens should feel obliged to fulfill their responsibilities and use their vote," he said.

"We have about 91,000 voters in the city. Among them, nearly 25,000 are EU citizens while 66,000 are German citizens. Among German voters, the number of Turkish-origin voters is around 12,000. However, I am a candidate who wants to serve every group," Şenol said.