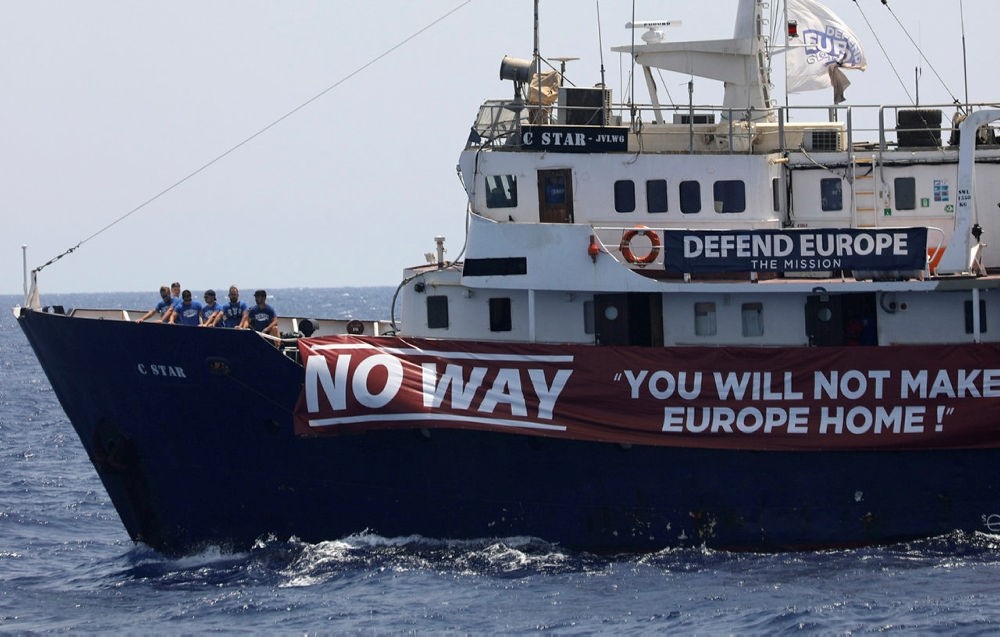 A far-right European group has hailed as a success its bid to stop humanitarian organizations from rescuing migrants in the Mediterranean, but ended its trouble-plagued voyage stranded at sea.

Operation Defend Europe came to an abrupt end this week after more than a month at sea in the chartered ship C Star, but said Saturday that Malta refused to let it dock. The vessel was unable to dock in Sicily earlier and Tunisia banned it from its shores.

Still, representatives labeled the operation a success at a Saturday news conference in Lyon, France, where Generation Identity, the sponsors, have a chapter.

The European youth movement calls aid groups "sea taxis" for rescuing migrants sent to sea by Libyan smugglers in flimsy boats, saying they are contributing to the "invasion" of Europe.