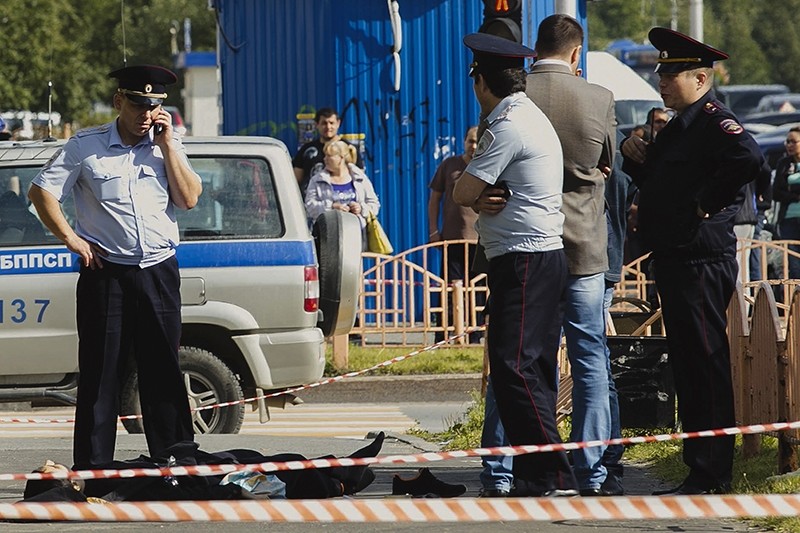 A man stabbed seven people on the street in Russia's far north Saturday before being shot dead by police but investigators said that his motive was most likely not terrorism.

The incident took place early Saturday in the city of Surgut, where the man "carried out attacks on passers-by, causing stab wounds," Russia's Investigative Committee, which probes major crimes, said.

The Daesh terrorist group's Aamaq news agency hours later claimed the attacker was "a Daesh soldier." There was no immediate Russian comment and it was unclear if the Daesh claim was opportunistic.

It said armed police called to the scene had "liquidated" the attacker.

Regional officials said seven people were taken to hospital and four remained in critical condition while one was stable and two were discharged by the afternoon.

The regional interior ministry told Interfax news agency that the theory that the incident was "a terrorist (attack) is not the main one."

The Investigative Committee said it had established the man's identity, saying he was a local resident born in 1994, and that they were looking into "his possible psychiatric disorders."

Investigators launched a criminal probe into attempted murder and Committee chief Alexander Bastrykin has taken the incident under his personal control.

Russian television said the victims were aged between 27 and 77 and included two women.

Regional police said officers fired warning shots at the scene before firing at the suspect who was wearing a balaclava.

YouTube footage shown on Russia's Ren TV channel showed a black-clad man lying on a pedestrian walkway with a policeman kneeling on his back as sirens wailed.

Channel 5 showed video footage of a sniffer dog being deployed to check the body and a photograph of a young man bleeding heavily slumped over a bench.

State news agency TASS said the city's largest shopping center was evacuated after the stabbings, citing its director, and police posted a video of the attack site, showing it to be an area busy with traffic and blocks of flats.

The city lies some 2,100 kilometers (1,330 miles) northeast of Moscow in the oil-rich Khanty-Mansi region.

The region's governor was flying out to the city to hold a meeting with investigators, authorities said.

And the regional government moved to curb panic in the city, insisting the situation was "under control" and calling for calm.