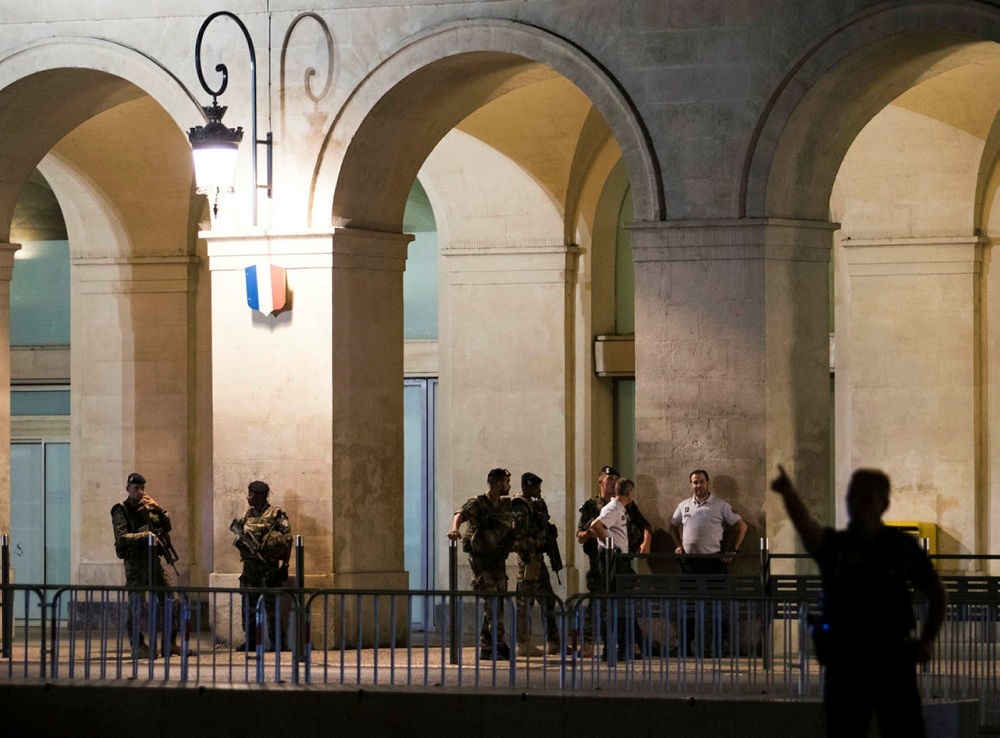 A picture taken on August 19, 2017 shows police officers and soldiers outside the train station of Nimes, following its evacuation after suspicious activities were reported. (AFP PHOTO)
by Daily Sabah with AP Aug 19, 2017 12:00 am

French police evacuated a train station in the southern town of Nimes on Saturday after passengers reported seeing armed individuals.

A national police official denied the initial reports of a shooting incident at the station and described the police activity as a "verification" operation.

According to the local Midi Libre newspaper's report, one man has been arrested, over possession of a fake weapon.

Another security official said police are working to verify whether the incident had any link to the attacks Thursday around Barcelona.

The officials, who were not authorized to be publicly named, said no one has been reported hurt in the operation.

The Gard Prefecture responsible for Nimes police said the public should avoid the station and the surrounding area until further instructions are given.

However, after 90 minutes from the initial reports, police said the situation at the station returned to normal.

The Tour of Spain cycling race kicked off from Nimes earlier Saturday under heavy security.

French authorities stepped up controls on the border with Spain after the Barcelona attacks. One suspect is believed on the run.