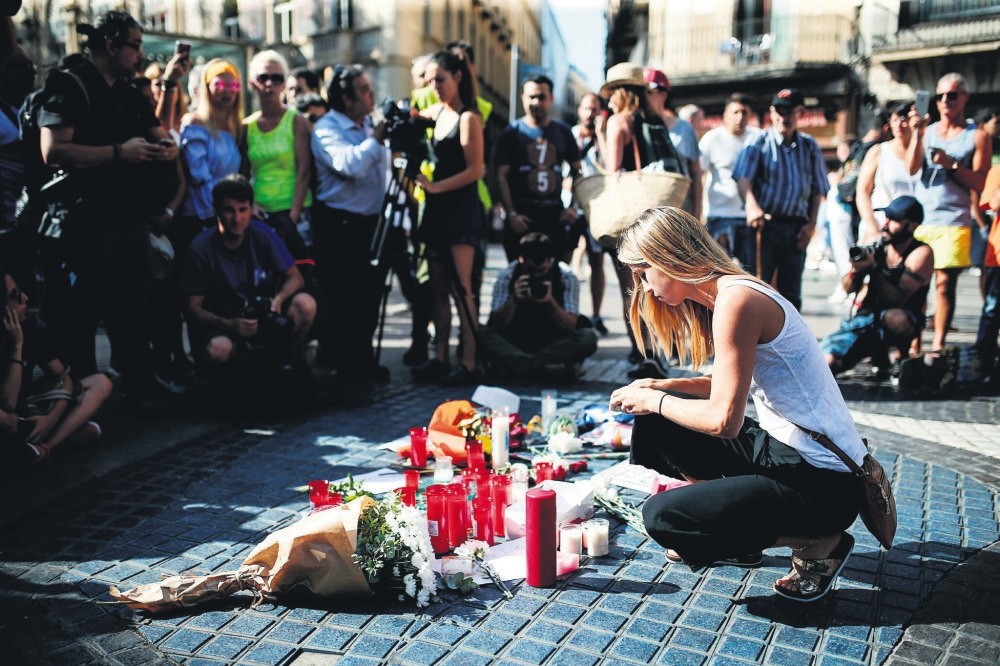 As European countries fail to launch a working security policy against terrorism, Spain became the new target for Daesh in Europe

A driver deliberately plowed a van into pedestrians on one of Spain's busiest streets, Las Ramblas, on Thursday, killing at least 14 people and wounding more than 100 in what police called a "terrorist attack." Police said they killed five "suspected terrorists" during the night and four suspects have now been arrested, although authorities had said the driver of the van in Barcelona remained at large.

Enes Bayraklı, a foreign affairs specialist at the Foundation for Political, Economic and Social Research (SETA) underscored the importance of the steps that the European Union has to take to launch mutual cooperation against terrorism, but has so far failed to do so. "Europe has reached an impasse. The [current security and immigration policies] of Europe has failed and it has become very hard to overcome [this failure,]" Bayraklı said.

Bayraklı also pointed out "the low security measures that the Spanish government has been taking so far as the country has been out of the focus for quite a while.

Spanish authorities came under fire on Friday from shocked Barcelona residents and holidaymakers for not better protecting the city's most famous thoroughfare against a deadly van attack in the heart of a packed tourist haunt.

Residents and workers said they had long feared the area could be a target for attacks and questioned why authorities in the city and police had not permanently installed bollards or barriers to stop vehicles from attempting to mow down passersby.

Others said authorities had to balance security needs with protecting tourism – a sector sensitive to an overly visible police presence – and preserving the life-style of residents. Barcelona's city authorities said extra police had already been deployed to Las Ramblas before Thursday's attacks and security was constantly under review.

Over the past two years, the Daesh terrorist group has killed more than 300 people across Europe, signaling that European countries have become more vulnerable to attacks carried out by radical militant groups.

Daesh have staged a string of attacks across Europe in the past 13 months, including several involving vehicles driven deliberately into crowds to cause maximum casualties. A truck killed 86 people in Nice last July.

In the French city of Nice, scene of the truck attack on Bastille Day, the mayor said he would convene a meeting of his European counterparts next month to see how they can improve security following the Barcelona attack. "It's obvious that it is the mayors – be it in Berlin, London, Paris, Nice, Barcelona or Stockholm – who are the first to be confronted with this violence and who manage these public areas," Christian Estrosi told reporters.

Vehicles have been used as weapons of terror several times over the past year, often by followers of Daesh, attacking nations in the U.S.-led coalition fighting the extremists in Iraq and Syria. Daesh's propaganda agency, Amaq, claimed that "soldiers" from the militant group carried out the attack, according to the Site Intelligence Group which monitors extremist websites.