Sweden to deport 106-year-old Afghan woman, believed to be the world’s oldest refugee 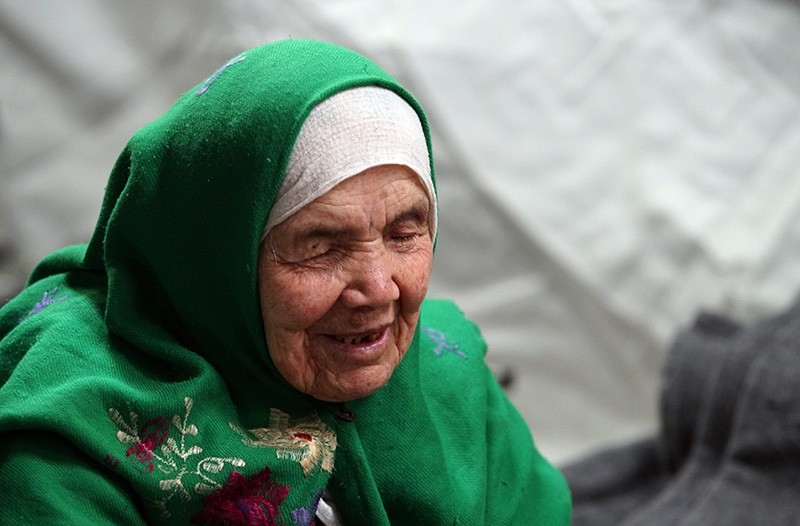 The Swedish Migration Agency rejected the asylum application and ruled for the deportation of a 106-year-old Afghan woman, who is blind, confined to bed and is believed to be the world's oldest refugee.

According to the report of Sweden's public radio broadcaster, the agency denied the asylum request of Bibikhal Uzbek, who has been living in the city of Skaraborg in Western Gothland region for a year.

Uzbek has the right to appeal the agency's decision, which said that northern Afghanistan's Kunduz, Uzbek's hometown where heavy clashes take place between Afghan security forces and Taliban, is safe for the return of Uzbek family.

Fleeing from her war-torn country, Uzbek arrived in Croatia last year along with her family. Upon examining her documents, Croatian police announced that the woman is 105-years-old.

Uzbek was first noticed at a refugee camp in October 2015, in Opatovac, Croatia, near the border with Serbia. She was carried on a stretcher by her family members for most of the time during her journey.

She later arrived in Sweden to file an asylum request.

Known as a Taliban stronghold, Kunduz was the last major city to be captured by the U.S.-backed Northern Alliance during the invasion of Afghanistan in 2001. The terrorist group remains strong in the countryside of Kunduz province. During the summer of 2015, Taliban fighters overran Afghan security forces and captured the strategically important city, which is located on the main road connecting central provinces and capital Kabul with the north. Over 100,000 people were displaced during the clashes.

Taliban held the city for two weeks before pulling out, and continues to launch large scale surprise attacks targeting the city during spring and summer.

According to a report by the United Nations Office for the Coordination of Humanitarian Affairs (OCHA) released in early July, 14,000 people were displaced in Kunduz province in a week due to non-stop fighting between Afghan forces and insurgents in the areas surrounding the provincial capital.

In 2016, more than 660,600 civilians fled their homes throughout Afghanistan, whereas at the beginning of 2017, the U.N. predicted that another 450,000 people would be displaced inside the country by the end of the year.