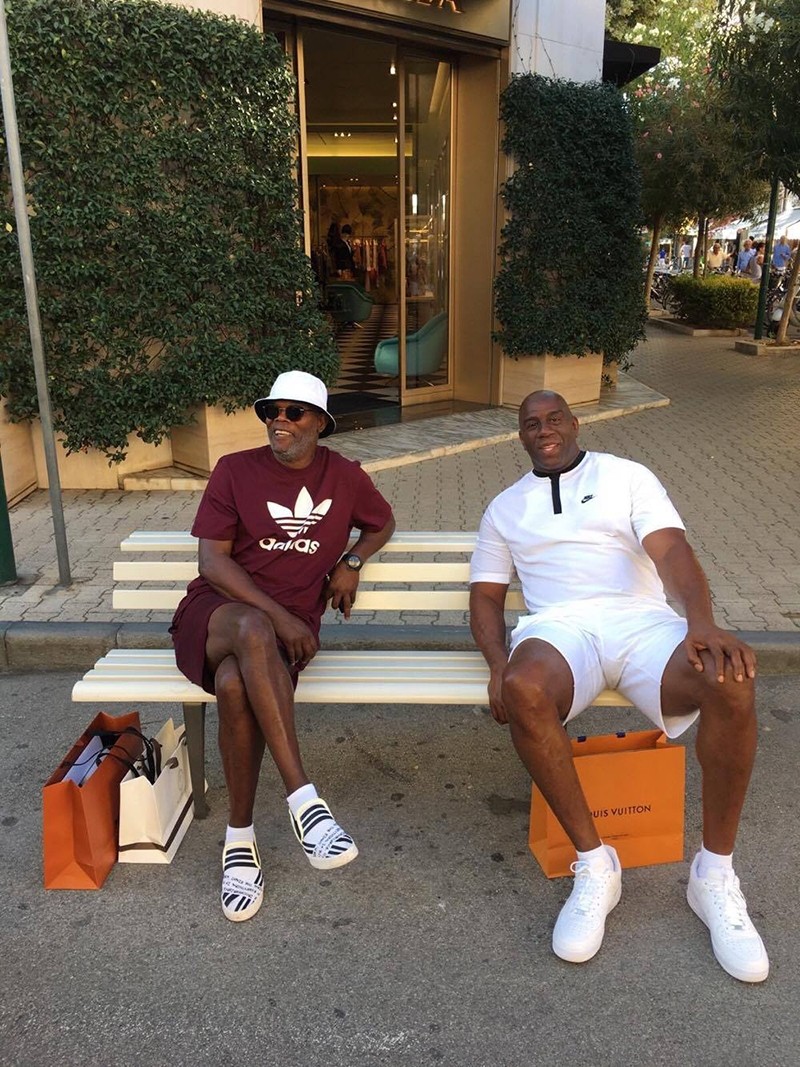 Jackson and Johnson were on vacation in the northern sea town, when locals spotted them sitting on a bench after shopping surrounded by bags from luxury brands, including Louis Vuitton and Prada.

As people started taking photos of the pair and sharing them on social media, some Italians became outraged.

There must not be too many Hollywood or basketball fans in the country, because Jackson and Johnson were mistaken for migrants.

Many Italian social media users were angry by the sight of two black "migrants" who they believed benefited from Italian money, only to shop in expensive boutiques. In their posts, the angry users often mentioned the 35 euros, paid by Italian citizens for accommodating refugees on EU quotas.

Italian model Nina Moric, who is originally Croatian, also joined the ranks of those outraged by the photo of the American stars. She said that seeing migrants misusing "our 35 euros" was "too much."

Samuel L. Jackson is an American producer and a highly prolific academy award-nominated actor, who has appeared in over 100 films.