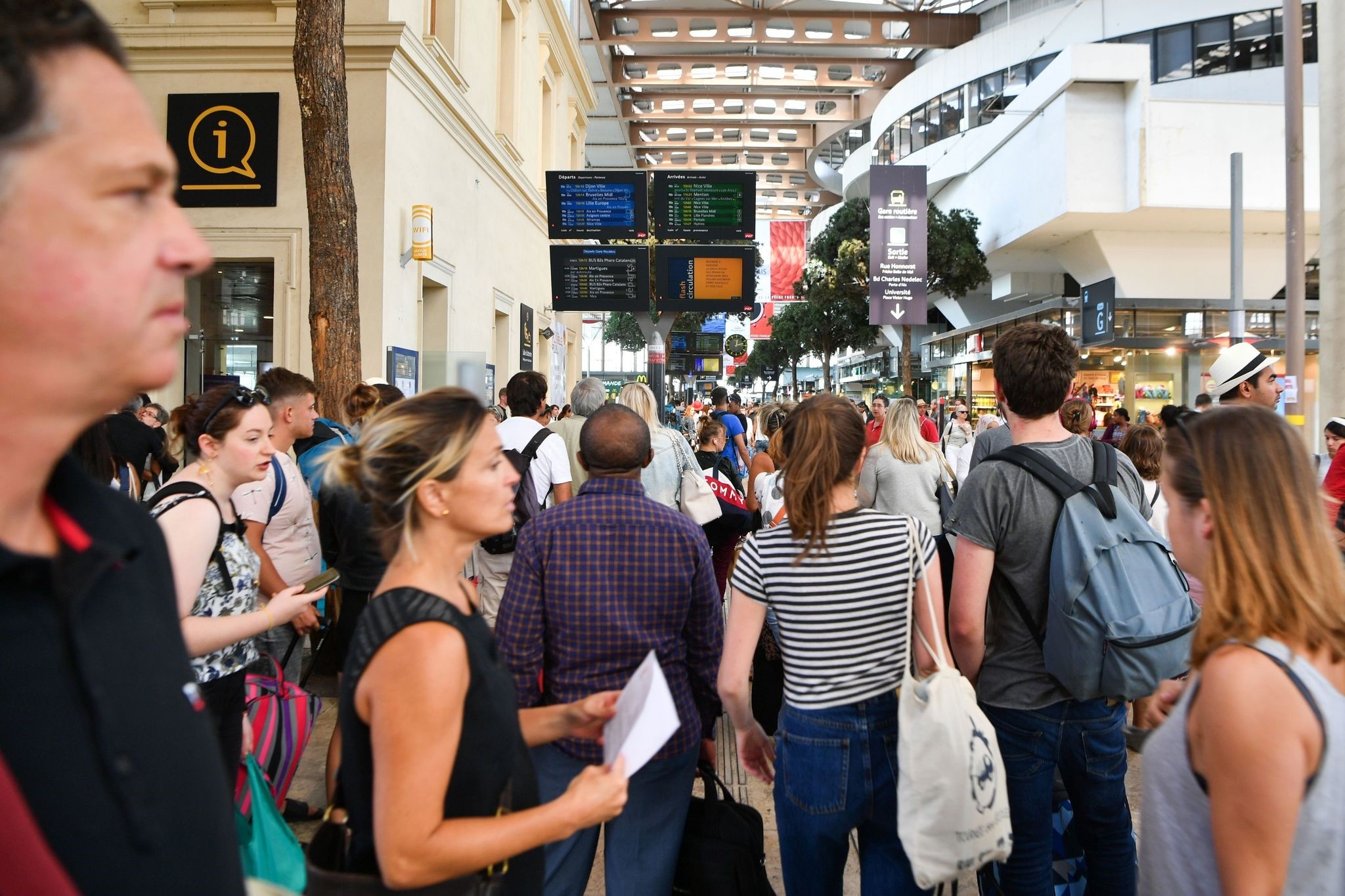 Passengers look at information monitors as they wait for their trains at The Saint-Charles Station in Marseille on August 20, 2017. (AFP Photo)
by German Press Agency - DPA Aug 20, 2017 12:00 am

According to a spokesman for the SNCF rail company, around 2,300 travellers had to take shelter overnight at train stations in Marseille, Nice and Toulon. News agency AFP reported that a total of 4,000 people have been affected in the region so far.

French media report that the fire in Aubagne near Marseille has come under control after destroying around 2.4 square kilometres of forest and forcing the evacuation of nearby areas.

"Traffic is gradually returning," regional SNCF manager Jean-Aime Mougenot told local radio, calling on travellers to postpone travel to the region for the time being.

Because of dry weather and strong winds, fires occur frequently in southern France and on the French Mediterranean island of Corsica.