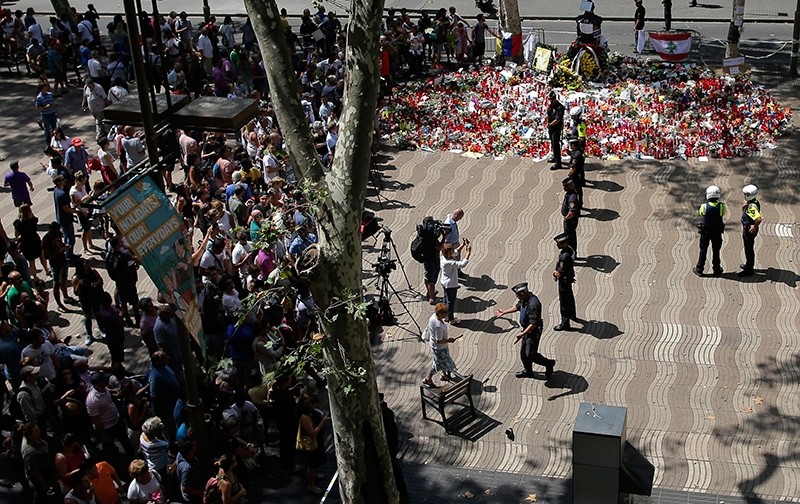 Police officers cordon off the access at Las Ramblas promenade after locating a suspicious backpack in Barcelona, Spain, Monday, Aug. 21, 2017 (AP Photo)
by Daily Sabah with Agencies Aug 21, 2017 12:00 am

Hundreds of people were evacuated from Barcelona's central Ramblas district after a suspicious package was discovered in a bus, while the city is still in shock following a deadly terror attack which killed 15 people and injured several others last week.

The suspicious package, identified as a backpack, was discovered at a bus, but police said it was a false alarm, saying someone had left behind a backpack with personal belongings. Police said the cordon would soon be lifted. But the security incident was a sign that authorities were still on high alert in the city as a manhunt for one of the attackers continues.

Police had formed a line Monday morning preventing the crowds of mourners and visitors from getting near the site where people have placed hundreds of flowers and candles in memory of the victims of the attacks in Barcelona and Cambrils. A total of 15 people were killed and more than 120 others injured.