One killed after car rams into bus stops in France's Marseille, motive unknown 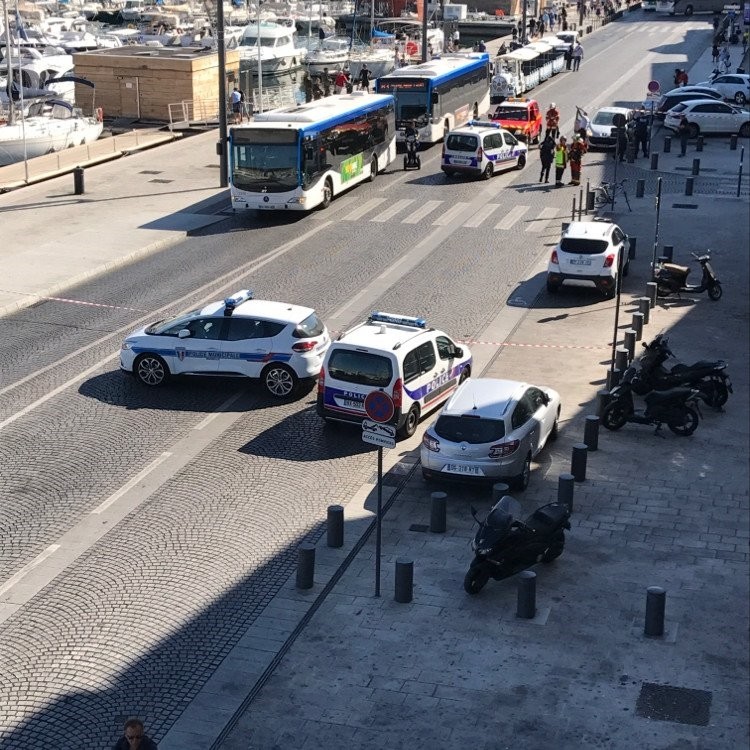 One person was killed and another seriously injured in the southern French city of Marseille on Monday after a car plowed into people at two different bus stops, police sources, adding the suspected driver had been arrested.

Reports said that the man who rammed the car was known to police for minor crimes and had psychological issues, police sources said, while the prosecutor noted that the crash is not being treated as a terror attack.

The Renault car first drove at speed towards a bus stop in the 13th district in the poorer northern part of the city, leaving one person seriously hurt, before targeting another stop in the 11th district, several kilometers south, causing one fatality.

Julien Ravier, mayor of the 11th and 12th districts, told BFMTV news channel that the victim was a woman in her 40s who was waiting alone at the stop.

The sources did not say whether the incident was being treated as a terror attack.

French broadcaster BFMTV reported that a bystander noted the registration number of the car, which the police used to trace the vehicle to the city's Old Port district, where the suspect was arrested. The broadcaster also reported that the detained man was a 35-year-old suffering psychological problems. He is reportedly known to police and was driving a stolen car.

Police sealed off the port area and urged residents in a tweet to avoid the neighborhood which is popular with tourists.

Earlier last week, a 12-year-old girl was killed and 12 other people injured when a BMW rammed into a pizzeria in a village east of Paris.

The worst of such attacks took place in southern French city of Nice, when a 19 tonne cargo truck was deliberately driven into crowds of people celebrating Bastille Day on the Promenade des Anglais in on On the evening of July 14, 2016, resulting in the deaths of 86 people and the injury of over 450 others.

On Dec.19, 2016, 12 people were killed and more than 50 others were injured when a truck was deliberately driven into the a Christmas in German capital Berlin.

On April 7, 2017, a hijacked lorry was deliberately driven into crowds in Swedish capital Stockholm, killing five people were killed and injuring 14 others.

British capital London was targeted three times this year in vehicle ramming attacks. A Daesh-linked assailant drove a car into pedestrians on the pavement along the south side of Westminster Bridge and Bridge Street on March 22, 2017, injuring more than 50 people, four of which later died of their wounds. The attacker later fatally stabbed a police officer, before himself was shot dead by another officer.

Eight people were killed and 48 were injured on June 3, 2017 when a van left the road and hit a number of pedestrians on London Bridge. The three assailants later went into the Borough Market, in Southwark a pub and restaurant area, where they stabbed people.

On 19 June 2017, a van was driven into pedestrians near a mosque in Finsbury Park, London, injuring at least eight people. A man who had earlier collapsed and was receiving first aid died at the scene.