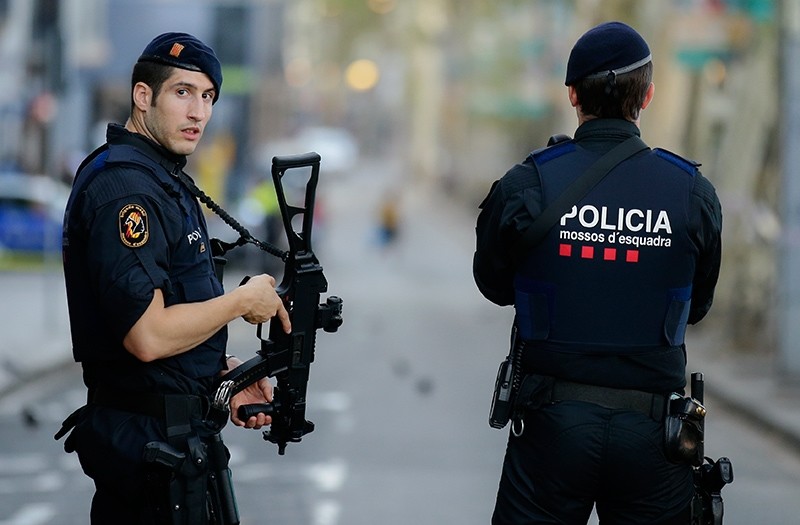 Spanish police said Monday that they have identified the driver of the van that mowed down pedestrians on the busy Las Ramblas boulevard in Barcelona, killing 13.

Police in Catalonia announced the identification on Twitter, without giving his name.

Aboyaaqoub is the last fugitive from the 12-strong terrorist cell presumed to have carried out the Barcelona attack and another terrorist strike in Cambrils, killing a total of 13 people.

Considering the possibility that Aboyaaqoub may have fled abroad, Forn said the suspect is "wanted in all European countries."

The suspects had been preparing bombs for "one or more attacks in Barcelona," regional police chief Josep Lluis Trapero told reporters, revealing that traces of triacetone triperoxide (TATP) – a homemade explosive that is a hallmark of the Daesh terrorist group – had also been found.

The suspects accidentally caused an explosion at the house on the eve of Thursday's attack in Barcelona – an error that likely forced them to modify their plans.

Instead, they used a vehicle to smash into crowds on Barcelona's Las Ramblas boulevard as it was thronged with tourists, killing 13 people and injuring about 100.

Several hours later, a similar attack in the seaside town of Cambrils left one woman dead. Police shot and killed the five attackers in Cambrils, some of whom were wearing fake explosive belts and carrying knives.

Daesh claimed responsibility for the attacks, believed to be its first in Spain.