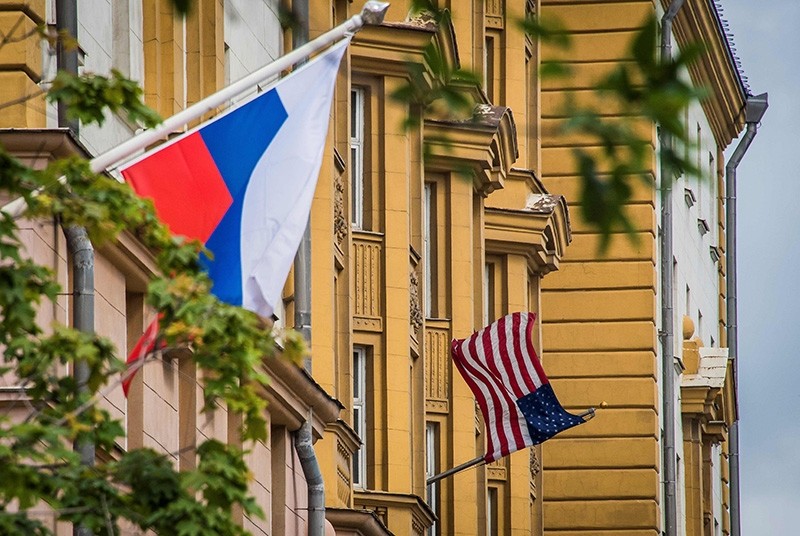 The U.S. Embassy in Russia will suspend issuing nonimmigrant visas in Moscow for eight days from Wednesday and will stop issuing visas at its consulates elsewhere in Russia in response to the Russian decision to cap embassy staff, the embassy said Monday.

The embassy made the decision after the Russian Foreign Ministry ordered a cap on the number of U.S. diplomatic personnel in Russia, it said in a statement, adding that it would resume issuing visas in Moscow on Sept. 1, but maintain the suspension at consulates in St. Petersburg, Yekaterinburg and Vladivostok.

Earlier this month, Russia ordered the U.S. to cut its embassy and consulate staff in Russia by 755 to 455, the same number Moscow has in the U.S., heightening tensions between Washington and Moscow after the U.S. Congress approved sanctions against Russia for meddling in the 2016 U.S. election and for its aggression in Ukraine and Syria.

President Putin said earlier this month that Moscow felt forced to reciprocate to the new package of sanctions against what he dismissed as "unfounded accusations," but that it would hold off on further steps against the U.S.

The vast majority of the more than 1,000 employees at the various US diplomatic missions in Russia, including the embassy in Moscow and the three consulates are local employees.

The U.S. embassy said on Monday that Russia's decision to cut its staff "calls into question Russia's seriousness about pursuing better relations." It insisted however that it will able to maintain adequate staffing "to carry out essential elements of our mission."

The U.S. embassy in Moscow will also cease issuing visas to citizens of Belarus -- which does not have a U.S. embassy -- and they will now be redirected to Kiev, Warsaw and Vilnius.