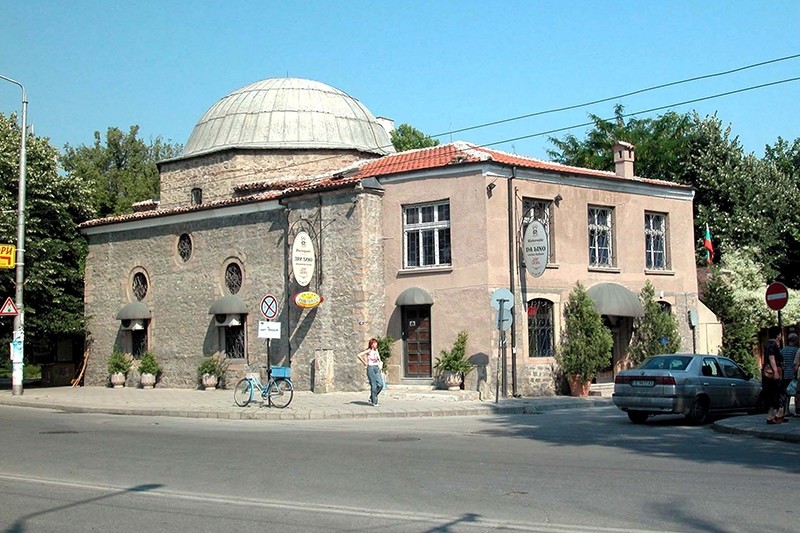 The garden of a 500-year-old former Ottoman mosque in the Bulgarian capital of Sofia, known as 'Grand Mosque' among locals, operates as a bar in the evenings, upsetting the country's Muslim minority.

Neval Konuk, a faculty member at the Department of Art History at Marmara University in Istanbul, who took photos of the place personally, said that the garden of the historical mosque turns into a place of entertainment in the evening hours.

"The construction of the Koca Mahmut Paşa Mosque, called the Great Mosque in Sofia, began in 1451 during the reign of Mahmut Paşa. However, the work was completed only 20 years after Paşa's death in 1494," Konuk, who traveled to Sofia to examine the condition of the historical building, told Turkish daily Milliyet.

During the Ottoman-Russian War of 1878, the historical place of worship was converted into a hospital. Later it was used as a library. Since 1892, the building served as the Sofia Archaeological Museum.

"It would have been right if the historical Ottoman building was operated by the Bulgarian Chief Mufti. It is disrespectful for me to use the mosque's garden, which is considered to be a holy place of worship by Muslims, as a place of entertainment and a bar. Turkey should make some initiatives," Konuk added.

Meanwhile, Osman Ibrahimov, an official in charge of Islamic foundation (waqf) properties at the office of Bulgarian Chief Mufti, said that such "sacrilege" should not be allowed in a holy place of worship.

"We cannot use the mosque to worship because it is considered Bulgarian property. At our discretion, at least alcohol and entertainment in the garden should not be allowed," Ibrahimov said.

Muslims, mostly ethnic Turks, make up 10 percent of the population in Bulgaria.