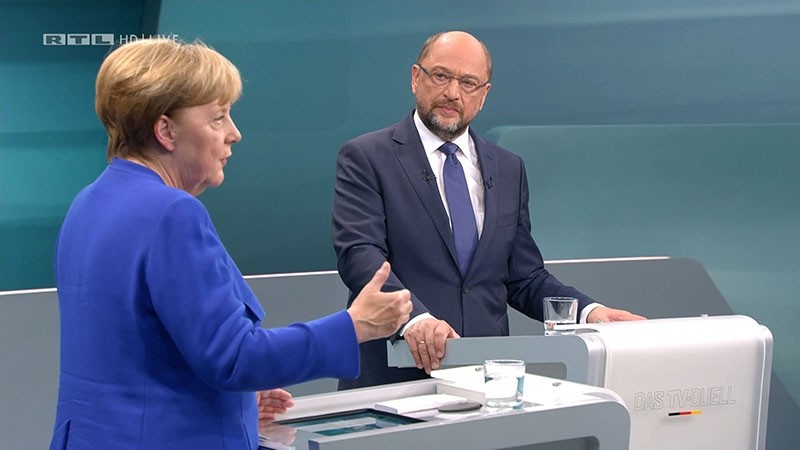 German Chancellor Angela Merkel said Sunday that she would ask the European Union to call off membership talks with Turkey, amid escalating tensions between Berlin and Ankara.

"I don't see them ever joining and I had never believed that it would happen," she said during a televised debate with Martin Schulz, her Social Democratic rival in elections later this month.

"The fact is clear that Turkey should not become a member of the EU," Merkel said after Schulz said he would stop Turkey's bid to join the EU if he was elected chancellor.

President Recep Tayyip Erdoğan has repeatedly said that more than 4,000 files regarding terrorism suspects were sent to Germany, but that no step have been taken to finish examining the files and deporting the suspects to Turkey.

"Germany must be careful about how it conducts foreign policy with Turkey" Turkey's Foreign Minister Mevlüt Çavuşoğlu said in his recent trip to Poland and added that a populist approach is not the answer to solve ongoing problems between the two countries.

The Foreign Minister warned Germany of crossing the line shortly after his German counterpart Sigmar Gabriel said that Turkey would never become a member of the EU as long as President Erdoğan stays in power.