5 Serbians charged with torturing and killing Muslims in Bosnian War 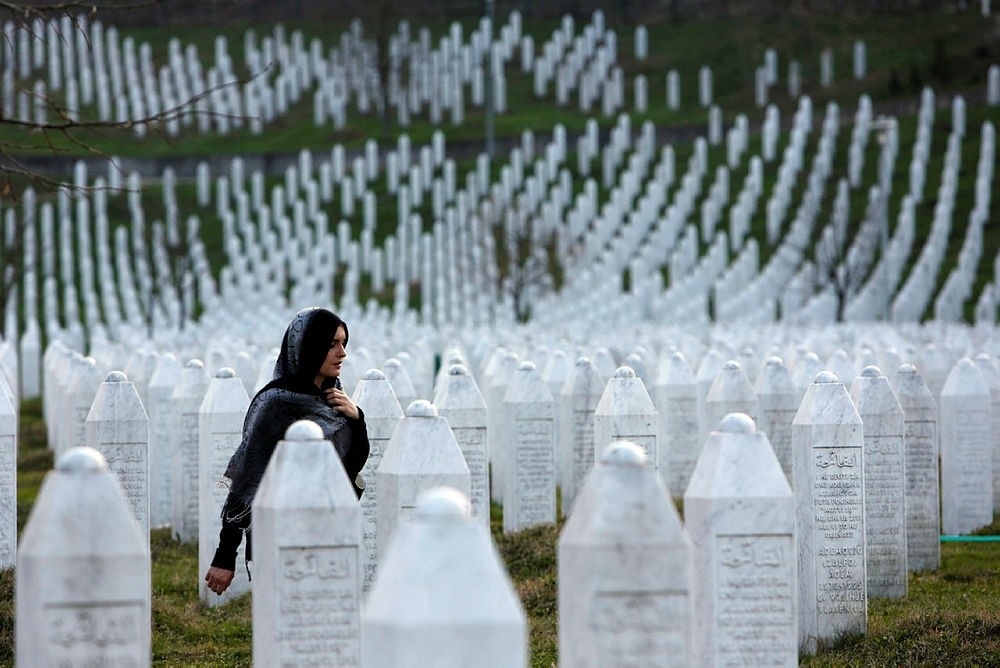 A Bosnian woman walks among gravestones at Memorial Centre Potocari near Srebrenica, Bosnia and Herzegovina. (AP Photo)
by Sep 04, 2017 12:00 am

Serbian prosecutors said on Monday they had charged five people with torturing and killing 20 civilians, mostly Serbian Muslims, during the 1990s war in neighboring Bosnia.

A group of Serb paramilitaries on February 27, 1993, stopped a train in the village of Strpci on the border with Bosnia, the indictment said.

They took off the train 20 passengers, mostly Serbian Muslims, brought them to Visegrad in eastern Bosnia, where they tortured and killed all of them, dumping their bodies in the Drina river.

All the victims were from the Muslim-dominated Sandzak area in western Serbia, which borders Bosnia, where at the time a bloody inter-ethnic war among Muslims, Serbs and Croats, was raging.

A total of 16 suspected members of the paramilitary group were arrested in 2014 in Bosnia's Serb-run entity or Serbia itself.

Eleven have gone on trial in Sarajevo, one of whom pleaded guilty and was sentenced to five years in prison in 2016 after reaching a deal with the prosecutors.

Another member of the group was sentenced to 15 years in prison in 2002 by a court in nearby Montenegro.

Leader of the group, Bosnian Serb Milan Lukic, was sentenced to life in prison by a UN tribunal for war crimes during Bosnia's 1992-1995 conflict, but he was never charged over the Strpci atrocity.

His brother, however, Gojko Lukic figures among the five recently accused.