2 dead, 10 injured in suspected arson attack at building inhabited by migrants in Germany 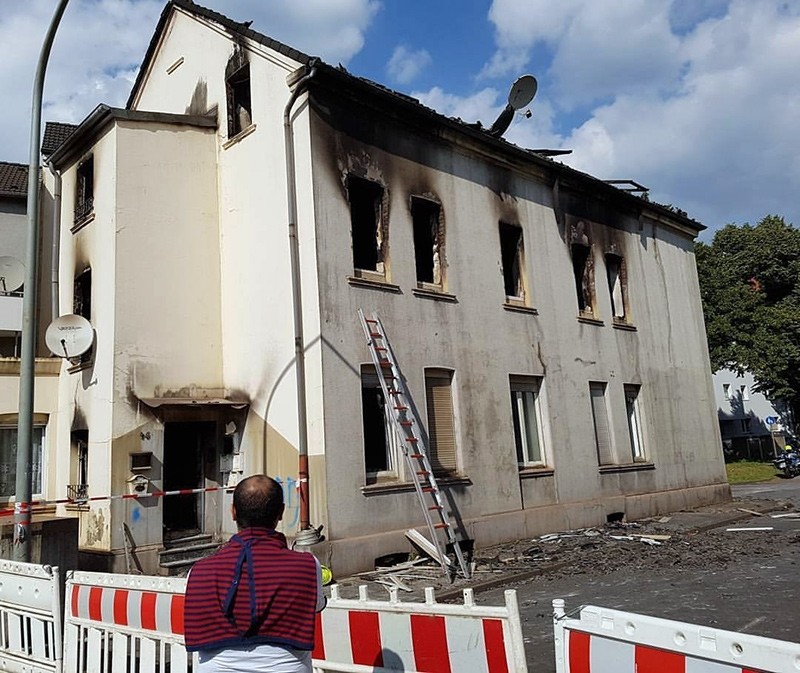 At least two people died, 10 others were critically wounded after suspected arson in a building mostly resided by migrants, including Turkish people in Germany's Duisburg, reports said Tuesday.

The incident reportedly took place late Monday at a three-story building in Meiderich quarter, after two people were allegedly involved in a dispute and one of them set fire at around 11 p.m.

Firefighters rushed to the scene of the incident, but residents criticized them for "slow" work, Doğan News Agency reported. The fire was brought under control after hours of work, at around 3 a.m.

The two people who died in the incident were identified as Romanian nationals who lived on the second floor, while three of those injured included Turkish nationals.

The injured Turkish people were identified as Cüriye Yıldız, Muhammet (9), Musa (18) and Yusuf Yıldız (4), who were transferred to a hospital in Bochum to receive treatment.

Duisburg prosecutor has launched an investigation into the incident.

Turks in Germany, who largely descend from the country's "guest workers" who arrived to aid the post-World War II development boom, often complain of the racist attacks and lack of follow-up in police investigations for such incidents. Though they are mostly non-lethal, arson attacks occasionally claim lives, like the one in Mölln in 1992. Three Turks were killed when two neo-Nazi suspects set fire to two houses in the town. One year later, five Turks were killed when neo-Nazis set fire to another house inhabited by Turks in Solingen.