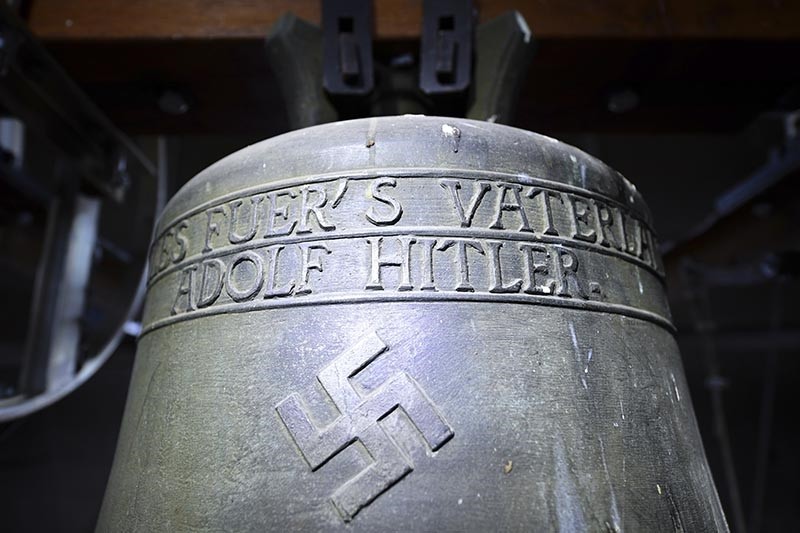 In this May 19, 2017 file photo a bell a church bell with the inscription ,Everything for the fatherland Adolf Hitler, and a swastika is pictured in the town church in Herxheim am Berg (AP Photo)
by Associated Press Sep 06, 2017 12:00 am

A small-town mayor in Germany is resigning following outrage over comments he made suggesting that the Nazi period wasn't all bad.

Roland Becker, the mayor of Herxheim am Berg, said in a statement Wednesday that he considered himself the victim in a dispute over a so-called 'Hitler bell' hanging in the town church.

The bell carries the inscription "Everything for the Fatherland - Adolf Hitler" above a Nazi swastika. Such bells were widespread during the Nazi era but most were removed after the war. It's unclear why Herxheim's bell remained in the Protestant church to this day.

Becker sparked outrage in recent weeks by saying he was proud of the bell and quoting a 95-year-old resident who felt the period of Nazi rule had included "good things."