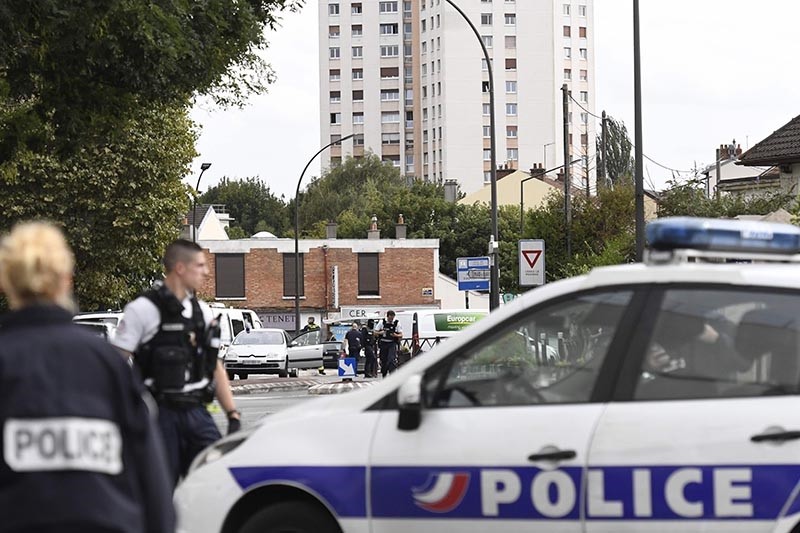 French Police officers intervene at the site where they discovered explosives and bomb components in an apartment, in Villejuif, a suburb of Paris, on September 6, 2017 (AFP Photo)
by Sep 06, 2017 12:00 am

Homemade TATP explosives ready for use were found Wednesday in an unoccupied flat near Paris, judicial sources said.

Gas canisters and electric wiring were also found in the flat near Villejuif, south of the French capital, and two men were arrested, the sources said.

TATP is the explosive of choice of the Daesh terrorist group, which has repeatedly targeted France in recent years.

Police also found ingredients that can be used to produce TATP as well as papers written in Arabic.

Anti-terror prosecutors have opened an investigation; sources close to the probe said.

Paris police said a man who works at the apartment block had alerted police to "suspect items" in the apartment.

France has been under a state of emergency since Daesh terrorists struck in Paris in November 2015, leaving 130 people dead.