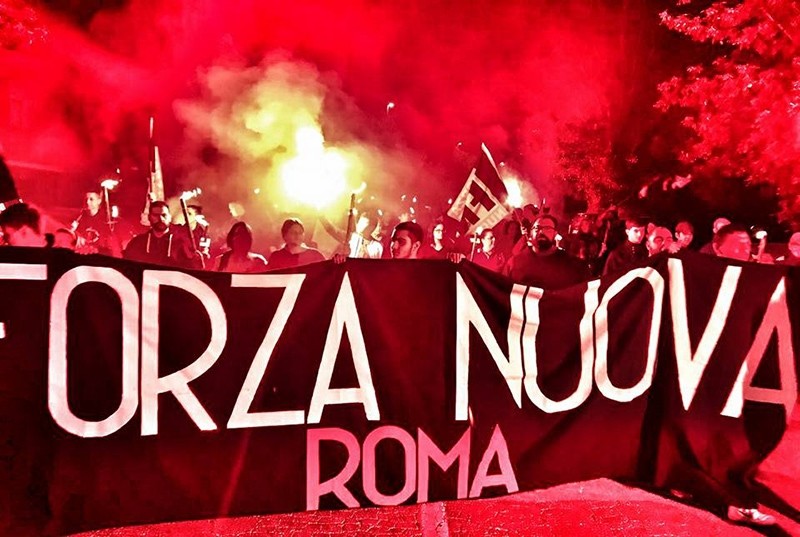 An Italian neo-Fascist party plans to hold a march on Rome on the 95th anniversary of the one that paved the way for Benito Mussolini's dictatorship.

On its Facebook page, Forza Nuova says its "March of Patriots" rally on October 28 will protest Italy's "illegitimate government."

The party will also denounce proposals to grant citizenship to second-generation migrants born and schooled in Italy, and condemn "violence and rapes committed by immigrants who have flooded our country."

Forza Nuova, a loud, fringe party, won 0.26 percent of the popular vote in the 2013 general elections.

The head of the Italian partisans' association ANPI, Carlo Smuraglia, told Wednesday's La Repubblica newspaper that he was "dismayed" by Forza Nuova's rally, and called on the Interior Ministry to ban it.

"The idea that a neo-fascist party can organize such an event on the anniversary of a tragic event – the march that started the [Fascist] regime - is very serious and unacceptable," Smuraglia said.

In the wake of the 2015 migration crisis and the arrival of nearly 126,000 migrants and refugees on southern European shores this year alone, public opinion in Italy has grown receptive to strident anti-migrant rhetoric.

Last month, a double gang rape attack in the beach resort of Rimini was blamed on foreigners. Two Moroccans, a Nigerian and a Congolese have been arrested in connection to the crimes.

Under Mussolini's dictatorship, Italy entered World War II as an ally of Nazi Germany. He was deposed in 1943, following an invasion by the Allies.