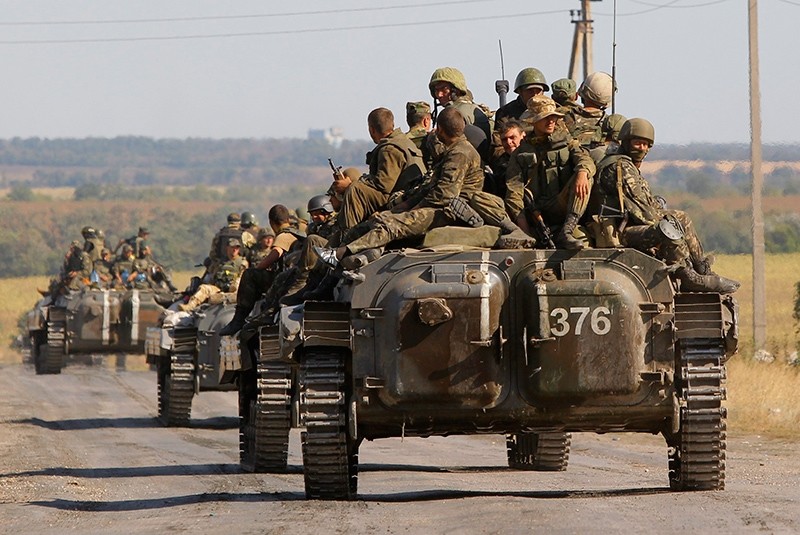 While Berlin "in principle welcomes" the proposal, "it remains to be seen whether agreement can be reached on the details," said Chancellor Angela Merkel's spokesperson Ulrike Demmer.

Putin said Tuesday that Russia intended to draft a U.N. Security Council resolution to this end, saying it would help resolve the problem in eastern Ukraine, though he also said preconditions would have to be met before any deployment.

Demmer stressed that such a force would have to be able to operate in the entire conflict area, including along the Ukraine-Russia border.

She also said separatists must not have a say in setting up the force as this would spell "an unacceptable elevation of the status of the self-proclaimed leadership of the so-called people's republics."

The war between the two sides has killed more than 10,000 people in three years.

"The president's suggestion is a step," said Demmer, adding many further steps were needed before sanctions could be lifted.

"For a complete lifting of sanctions to be discussed, there would need to be the full implementation of the Minsk ceasefire agreement," she added.

Ukraine believes external peacekeepers from the Organization for Security and Cooperation in Europe (OSCE) should be deployed throughout separatist-held territory and on the sections of the Ukraine-Russia border that are not under Kiev's control.

Kiev accuses Moscow of sending troops and heavy weapons to the region, which Russia denies.

Putin also said on Tuesday that any decision by the United States to supply defensive weapons to Ukraine would fuel the conflict.