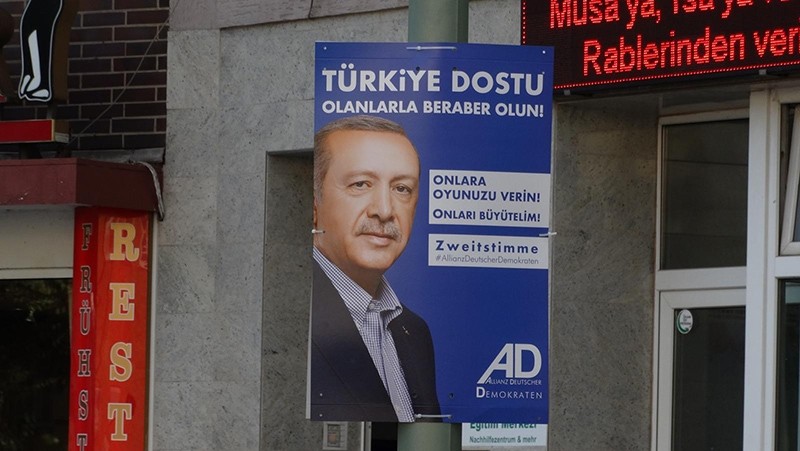 The posters, which were hung to promote the Alliance of German Democrats (AD-D) Party as Sept. 24 general elections approach, read: "Stand with Turkey's friends! Give them your vote! Let's expand them!"

The AD-D's messages were all taken from Erdoğan's speech at a Justice and Development Party (AK Party) Aug. 20 event in Istanbul.

Erdoğan has called on the Turkish-German community in Germany to not to vote for parties that have a hostile stance against Turkey in the upcoming elections, including German Chancellor Angela Merkel's Christian Democrat Party (CDU) and coalition partner Social Democratic Party (SPD) headed by former European Parliament President Martin Schulz.

"The poster featuring [President Erdoğan's] photo was prepared in accordance with the decision taken by the leaders of our party. We are placing them on the streets in order to reach the local electorate. The passages on the poster are the exact expressions of the president," deputy provincial chairman of the AD-D Muhammed Bozkurt said.

Alliance of German Democrats is a political party founded in 2016 by Turkish immigrants living in Germany.