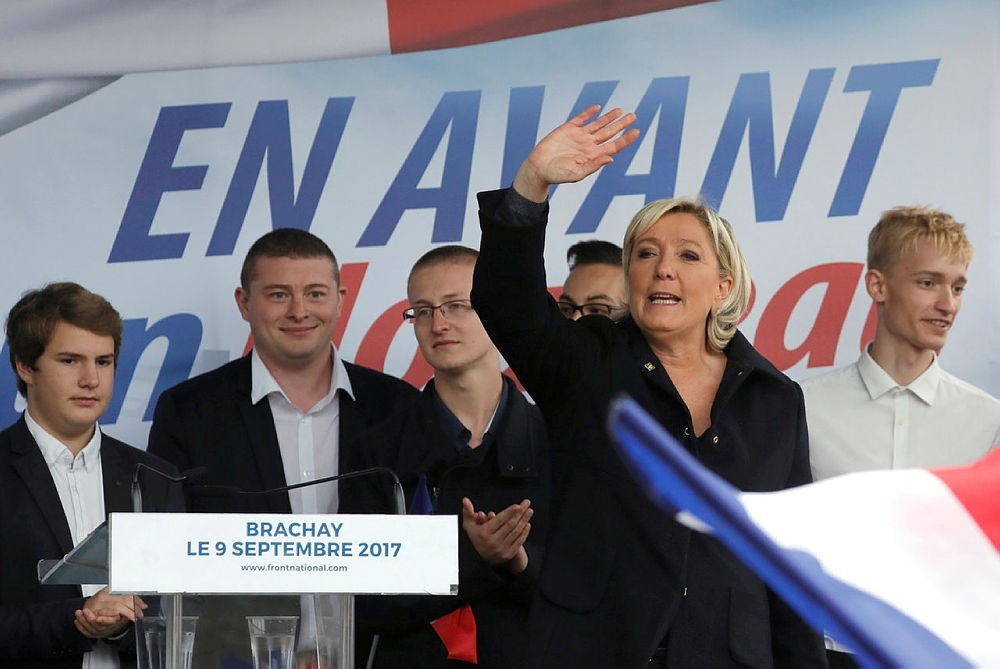 Addressing supporters in her first major rally since disappointing results in June's parliamentary elections, Le Pen called on all French people to join in a consultation on the party's future.

A congress, expected for early 2018, would choose a new name for the National Front, she confirmed.

"The great enterprise of refounding the national movement to which I invite you ... but also all French people, is inspired only by duty: the duty to take action and to win so that France can remain France for its children and for the world," Le Pen said.

"The new organization will bear a new name which we can discuss during our exchanges and which will be chosen by you," she promised supporters in the eastern French village of Brachay.

The National Front, founded by Le Pen's father Jean-Marie Le Pen, has been at odds about its political direction since her loss to Macron in May's presidential election and its haul of only eight seats in June's parliamentary polls.

Le Pen attacked Melenchon's leftist La France Insoumise (France Unbowed) as "Islamo-Trotskyists" and accused both him and Macron of supporting mass immigration and the "infiltration of terrorists into the heart of our societies."

"I say and will repeat to Mr Macron: We will not let ourselves be pushed around," she said.