Hungary 'respects' EU migrant ruling but vows to fight on 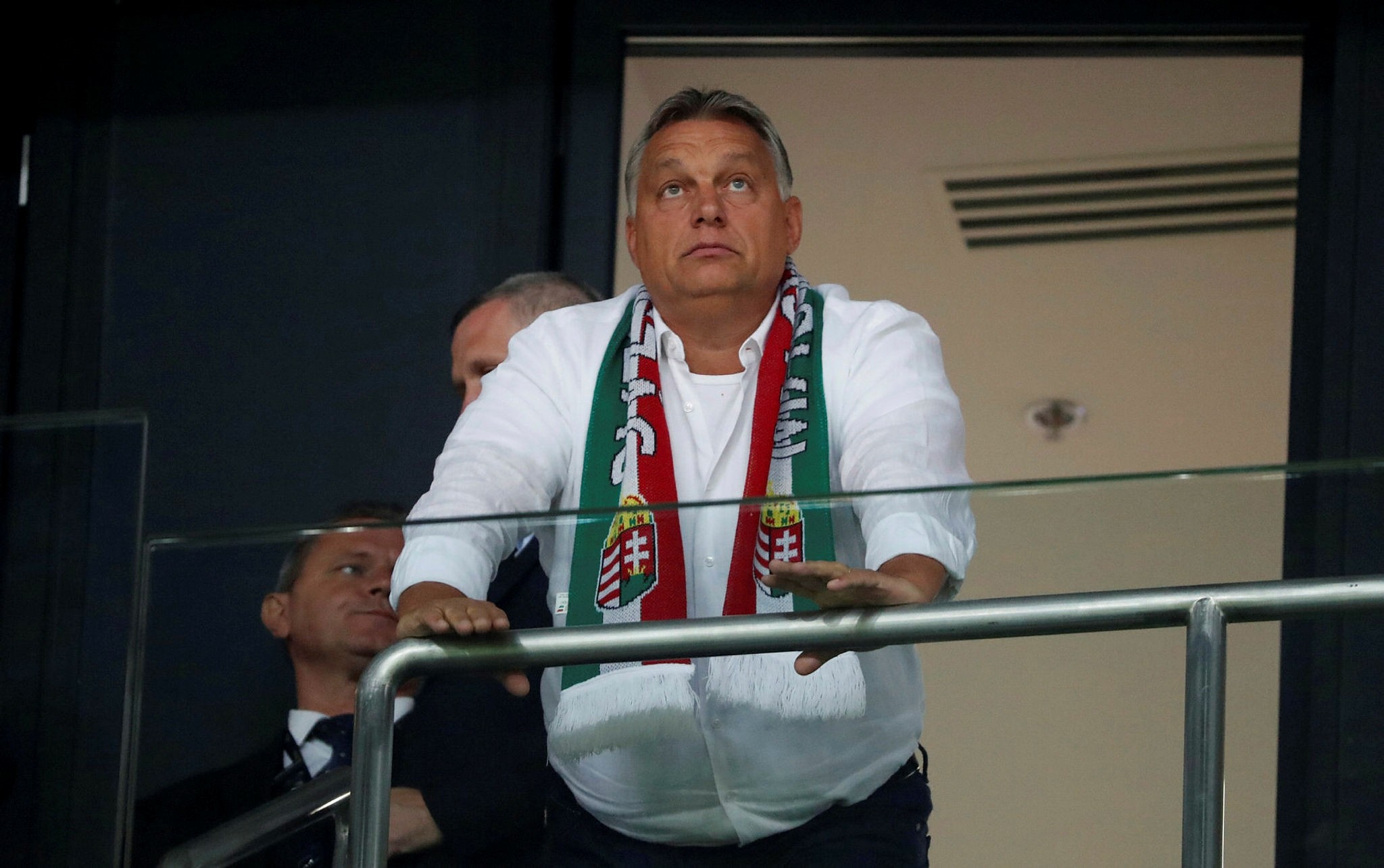 Hungarian Prime Minister Viktor Orban in the stands before the Hungary vs Portugal football match in Budapest, Sept. 3.
by Sep 09, 2017 12:00 am

After days of fierce rhetoric, Hungarian Prime Minister Viktor Orban said Friday that his government "respected" an EU court's rejection of Hungary's challenge to a migrant relocation plan, but vowed to fight on against the measure.

"Hungary is a European Union member, so the bloc's treaties must be respected and the court's rulings must be acknowledged," the populist leader said in a radio interview.

"But this is not a reason to change an immigration policy that rejects migrants," Orban said.

"The court's ruling does not require Hungary to do anything", he added, because it focused only on whether the EU had the legal right to enforce refugee quotas.

The "real battle (against Brussels) is just beginning," he added.

The European Court of Justice threw out the challenge from Hungary and Slovakia against the EU's scheme to spread up to 160,000 Syrian, Iraqi and Eritrean asylum seekers and immigrants among the 28 member states.

Brussels approved the deal in 2015 when more than one million people landed on Europe's shores, mainly in Italy and Greece.

However recent EU figures show that just under 28,000 migrants had been relocated from Italy and Greece by September this year.

Describing immigration as "poison", Orban has been at the forefront of a rebellion in eastern and central Europe against the quotas.

At the height of the migrant crisis, Budapest erected fences on its southern borders and recruited 3,000 "border hunter" police to patrol the frontiers.

The hardline measures, which were denounced by Brussels, slowed the influx of refugees and illegals to a trickle until the so-called "Balkan Route" was effectively closed in March 2016.

Last month, Orban asked the EU to refund half the 800 million euros ($950 million) Hungary says it has spent on the borders.

But European Commission President Jean-Claude Juncker chided Hungary this week for demanding extra money while refusing to participate in the relocation scheme.

Hungary, along with Poland and the Czech Republic, still faces sanctions in "infringement procedures" launched by Brussels in June over the rejection of the EU plan.