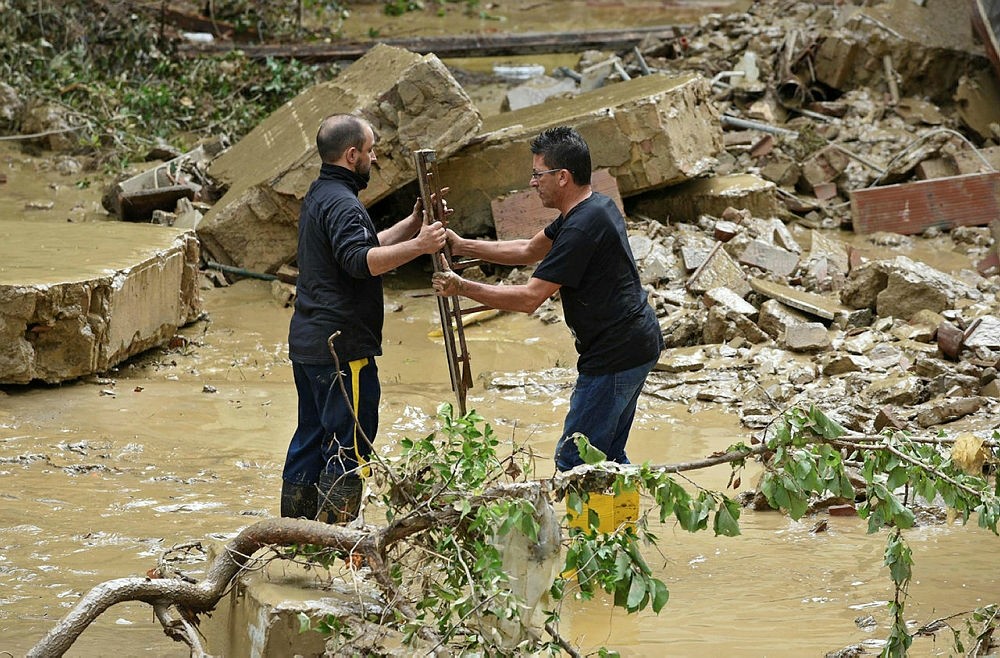 Torrential rain in Italy triggered flooding that killed at least six people Sunday in the Tuscan port of Leghorn, including a family of four who were trapped by rising water in a basement. Two other people were reported missing.

Strong winds toppled trees and parked cars were nearly submerged by floodwaters that left the streets clogged with mud.

"The city is literally devastated," said Leghorn Mayor Filippo Nogarin, adding that "a crazy amount of rain" pummeled the area in just a few hours.

The Italian news agency ANSA said the bodies of a 4-year-old boy, his parents and his grandfather were found in the flooded basement of their two-family home. Before dying, the grandfather managed to save the boy's sister, state TV RaiNews24 reported.

Nogarin appealed for volunteers to help. The city of 170,000 is also a popular spot for travelers catching ferries to the islands of Elba and Sardinia.

The flooding also interrupted train service in parts of the Tuscan coast along the Tyrrhenian Sea.

In Rome, which until recently had suffered through 3½ months of drought, the downpour quickly produced fast-moving streams in the streets. Several subway stations had to be closed.

Rome City Hall urged residents and visitors to go outside only for urgent reasons and to avoid parks after thunderstorms lashed the city Sunday morning. Possible hailstorms and strong winds were predicted throughout the rest of Sunday and Monday.