British national who joined PKK/PYD arrested upon return to UK 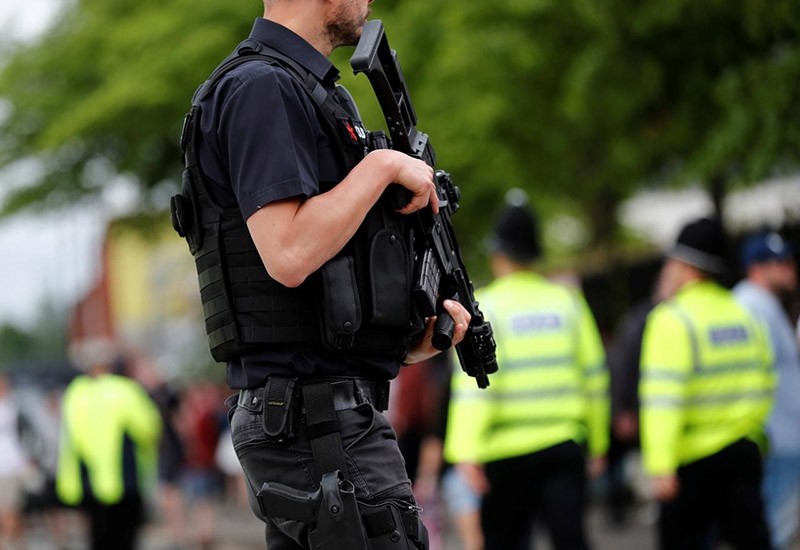 British police have arrested a former care worker for the second time under the country's terrorism act after he was identified to have fought for the PKK terror group's Syrian offshoot Democratic Union Party (PYD).

Nottinghamshire police arrested 23-year-old Aiden Aslin on suspicion of engaging "in the preparation to fight against Daesh" and possessing "articles for terrorist purposes in Iraq/Syria," an official statement said Monday.

Aslin was reportedly captured early Monday upon his return to the U.K. at Manchester airport, after teaching English to Kurdish refugees at a camp in Greece.

British media reported that the terrorist traveled to Syria in 2015 and 2016 to join the fight against Daesh in Syria among YPG militants.

Aslin was arrested for the first time in 2016 and was later placed on bail before all charges were dropped.

The 23-year-old is only one of many British citizens who have traveled to Syria to join the PYD, which is not officially listed as a terror group in the U.K. unlike the PKK. So far, no one has been convicted for being a YPG member in the U.K.

According to London-based think tank Henry Jackson Society's latest report titled "The Forgotten Foreign Fighter: The PKK in Syria," British terrorists who join the YPG in Syria and return home pose an increased security risk, as a possible 10 percent of returnees would "be directly involved in terrorism" on British soil.

The PKK, which claims to fight for Kurdish self-rule in Turkey's southeast, has targeted security forces and civilians in the region for decades. The terrorist organization has killed thousands of people since it was established in the early 1980s.

Ankara considers the YPG a terror group and the Syrian offshoot of the PKK, which is listed as a terrorist organization by the U.S., Turkey and the EU.

Turkey argues that there is no difference between the YPG and the PKK, as they share the same leadership, ideology and organizational links.