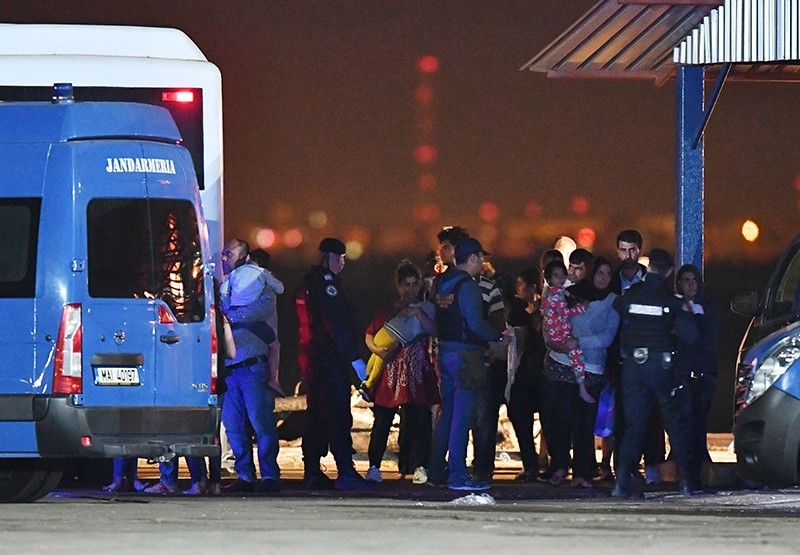 Romania's coast guard rescued more than 150 migrants from Iraq and Iran from a ship in distress on the Black Sea, on what is becoming a new route for migrants trying to reach Western Europe. The rusty ship was towed to the Black Sea port of Constanta, some 250 kilometers east of Bucharest, before dawn Wednesday.

Revising its initial count, the coast guard said there were 157 migrants from Iran and Iraq, including 56 children, who had "intended to illegally enter our country." Some migrants received medical treatment.

Authorities initially spotted the ship outside Romanian territorial waters on Tuesday morning. It sent a distress signal, and two coast guard boats were dispatched, but high waves and winds hampered rescue efforts at sea before the ship was towed to port.

Migrants are increasingly trying to cross the Black Sea from Turkey to reach Romania. Last weekend, coast guard forces from Romania and Bulgaria intercepted 217 migrants on the Black Sea in two boats who were suspected of trying to illegally enter Romania.

Krzysztof Borowski, a spokesman for the European Union's border agency, Frontex, told the Associated Press, that "smugglers are testing this route with the Black Sea," and that it was "an attempt to revive the route." In 2014, he said some 430 migrants used the route, but that fell the following year to 68 and just one in 2016.

Over the weekend, Turkish authorities stopped 313 migrants on the Black Sea attempting to reach Balkan countries. Turkey's coast guard said Sunday it stopped a fishing boat carrying 93 Syrians and one Afghan off the northern coast of Istanbul. The coast guard says they were with a suspected Turkish smuggler. The coast guard also intercepted 68 Syrians and two Iranians in a sailboat with one alleged Turkish smuggler 36 nautical miles east of Bulgaria on Saturday.

Any new influx of migrants through the Black Sea could further exacerbate political strains within the European Union over the issue.