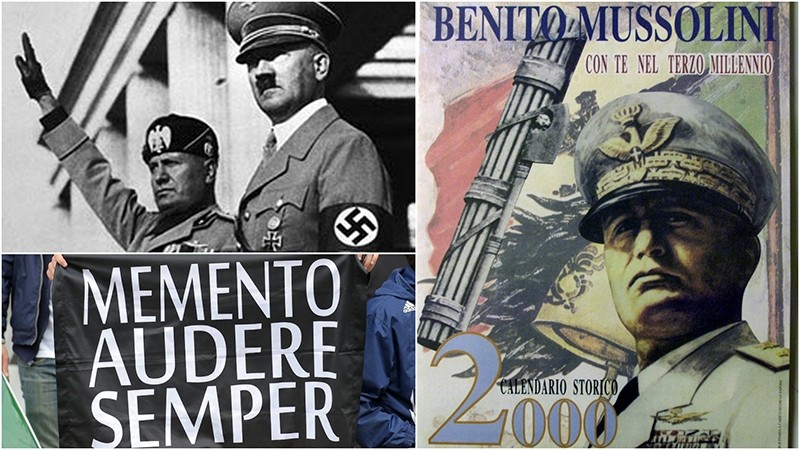 The Italian parliament has voted to outlaw public displays of Nazi or Fascist symbols, following a spate of incidents across the country.

To enter into force, it will need approval also from the Senate before parliament is dissolved in early 2018, which may not happen given a busy legislative agenda.

The bill comes in the wake of reports that a cake shop in southern Italy displayed a Hitler cake on its store front, while the neo-Fascist Forza Nuova party is preparing a march on the 95th anniversary of Fascist dictator Benito Mussolini's rise to power.

According to Emanuele Fiano, a lawmaker from the ruling Democratic Party (PD) who sponsored the legislation, Italy needs to come down harder against rising Nazi-Fascist nostalgia, like Germany has done.

In an interview with Radio24, Fiano cited an Italian Facebook page, now shut down, that publicized Nazi propaganda minister Joseph Goebbels' anti-Semitic speeches and had about 45,000 followers.

The populist Five Star Movement also voted against, arguing it would have been better to tighten existing laws against hate speech and the refounding of the Fascist party.

Mussolini ruled over Italy from 1922 until 1943. He took Italy into World War Two on Adolf Hitler's side and passed race laws under which thousands of Jews were persecuted.

Italy was routed by the allied forces and Mussolini, also known as "Il Duce", was executed in 1945.

Mussolini is still admired by a hard core of supporters on the far-right and posters using fascist imagery regularly appear on city billboards -- most recently in a stylized picture of a white woman being assaulted by a muscular black man.

"Defend her from the new invaders," said the poster, put up by a fringe party called Forza Nuova (New Force). The group was referring to a high-profile rape case last month when four foreigners were accused of gang-raping a Polish tourist.

More than 600,000 migrants, mainly Africans, have come to Italy over the past four years, boosting anti-immigration sentiment in the country and pushing up support for rightist and far-right parties that demand rigid border controls.

Given the political climate, the ruling PD was forced on Tuesday to delay its push to approve a contested law that would grant citizenship to the children of immigrants.

Opposition parties said the law would encourage migrants to try to come to Italy and claimed victory when the PD announced it was dropping the bill from the Senate schedule this month.

"To approve this bill we need a majority, but we don't have one right now in the Senate," said Luigi Zanda, head of the PD in the upper house of parliament.