Spain orders probe into over 700 mayors in Catalonia over referendum 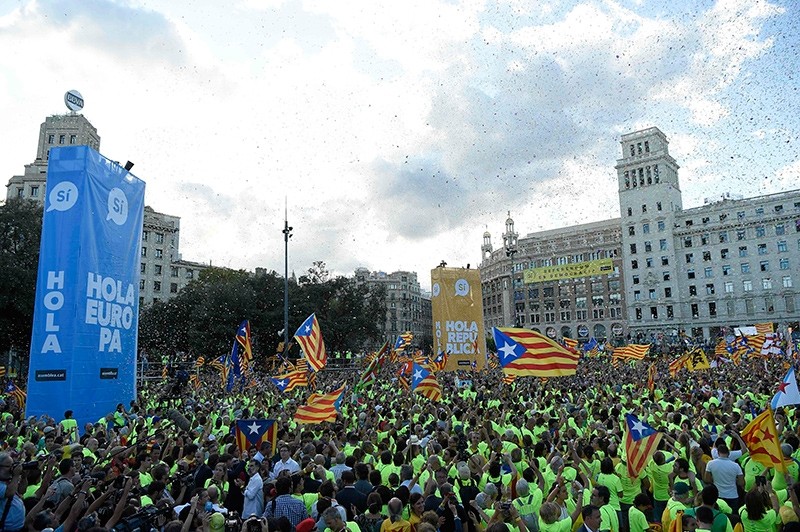 People wave 'Esteladas' (pro-independence Catalan flags) as they gather during a pro-independence demonstration, on September 11, 2017 in Barcelona during the National Day of Catalonia, the ,Diada., (AFP Photo)
by Associated Press Sep 13, 2017 12:00 am

Spain's state prosecutor office says he is investigating more than 700 Catalan mayors for cooperating with a referendum on independence that has been suspended by a court, and has ordered police to arrest them if they don't comply.

The pro-independence coalition ruling Catalonia has vowed to hold the vote despite the prohibition and has asked the 947 mayors in the northeastern region to provide facilites for the plebiscite.

Prime Minister Mariano Rajoy's conservative government has pledged to stop the referendum and was granted a suspension by the Constitutional Court while judges decide on its legality.

On Wednesday, the country's top prosecutor, Jose Manuel Maza, ordered provincial prosecutors to investigate 712 mayors who have already offered municipal facilities for the Oct. 1 vote and the regional Catalan police to arrest them if they don't show up for testimony.