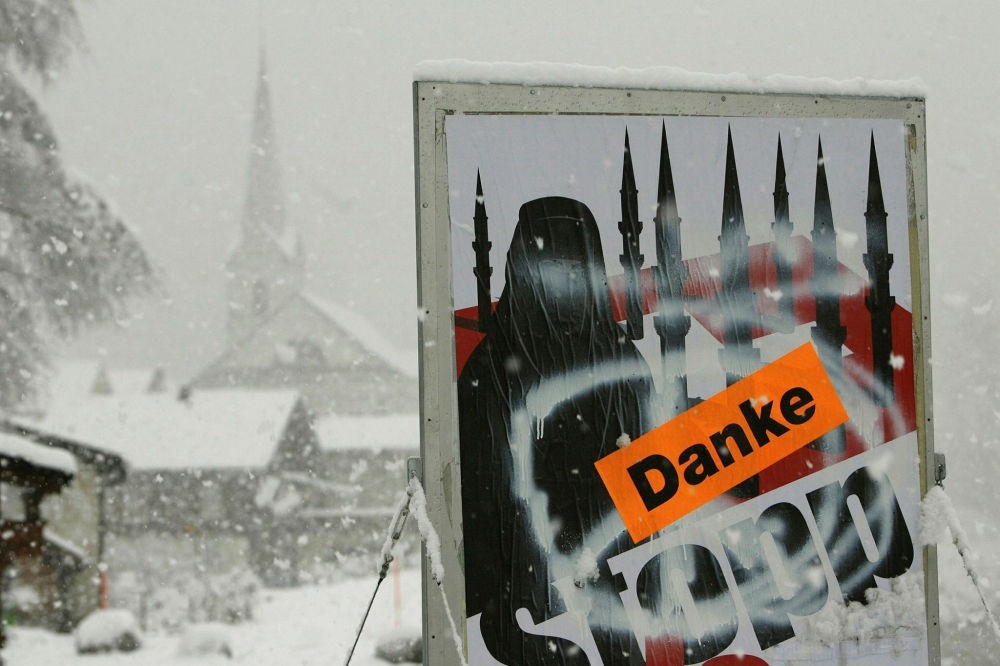 Anti-Muslim sentiment has been on the rise in Europe as women become the target of an increasing number of Islamophobic attacks.
by Yusuf Selman İnanç Sep 19, 2017 12:00 am

Several Europe-based Islamic NGOs have claimed that Muslims, particularly women, in Europe are becoming the victims of a rising number of Islamophobic attacks and religion-based discrimination as arbitrary state policies fuel further hatred

Held in the Polish capital Warsaw, this year's Human Dimension Implementation Meeting (HDIM) of the Organization for Security and Co-operation in Europe (OSCE) assigned several sessions to Islamophobia and the discrimination against Muslims in Europe.

A number of non-governmental organizations (NGOs) from European countries, including Germany, France, Belgium and Austria, attended the sessions and explained the situation they are facing. While the OSCE regarded the issue as a problem, representatives of far-right groups were also given the floor to express their anti-Islam and anti-Muslim ideas.

As members of the Muslim community provided their accounts of discrimination as well as physical and rhetorical attacks, people from far-right groups attacked the core values of Islam and accused Muslims of violating rules and not adapting to European values.

They brought back old arguments; namely, saying that Islam and the West were incompatible while demonstrating their hatred openly. Despite explicit defamations, their statements were allowed, in line with the freedom of speech.

Even at the OSCE meeting, it was made clear that Islamophobia is on the rise in Europe. Several reports have even indicated that hatred towards Muslims has seemingly become a part of daily life on the continent.

A report by the Collectif Contre l'Islamophobie en France (CCIF) claimed that Islamophobic attacks have increased by 500 percent in France in the last two years while the Bertelsmann Foundation's findings indicated that 57 percent of Germans consider Muslims to be a threat.

The representatives of NGOs claimed that the rhetoric adopted by the media as well as politicians is fueling further hatred, as Muslims face a collective punishment after each and every terror attack.

An imam at the Finsbury Park Mosque, Mohammad Mahmoud, said in one of the sessions that their community is facing threats and hate speech.

"We have seen severed pig heads thrown at our mosque and racist writings on the walls. Women, in particular, are afraid to walk in the streets alone. They can't even take their children to school," he said.

"Our mosque has also been the target of arson and car-ramming attacks, resulting in the death of one person."

Condemning racism in all forms, the imam said that members of his congregation only want to live in harmony with the rest of the community.

Nadia Omani, a member of the Coordination against Racism and Islamophobia (CRI), said that women are the victims in almost 90 percent of all Islamophobic attacks and added that Muslim women wearing hijab find it nearly impossible to gain employment.

Meanwhile, Elif Şimşek from the Ankara-based Migration Research Foundation said: "According to Bertelsmann's surveys, 61 percent of Germans believe that Islam is not compatible with the West, while in France, the headscarf is seen as being against the Vivre-ensemble according to some 79 percent of the population."

"A Pew Research Center report from September 2016 linked negative perspectives about refugees with the fact that diversity in European societies is no longer welcome. The report found that only four out of every 10 respondents who took part in the survey thought that their countries were more 'livable' with the inclusion of various identities and ethnicities," she added.

It was noteworthy that the speakers pointed out that Muslim communities in Europe also suffer as a result of arbitrary state policies. For instance, a ban on the full-face veil is regarded as a success for Western society and oppressive for Muslims.

European Muslim Initiative for Social Cohesion (EMISCO) spokesperson Veysel Filiz said that Islamophobia is being trivialized by the major players involved, criticizing the OSCE for allowing the far-right and anti-Islamists to claim that some of the NGOs present at the Warsaw sessions were followed by Anders Breivik, who massacred 69 teenagers in a summer camp in 2011 in Norway.

Filiz said that he believes the OSCE must be reorganized in order to monitor the rise of far-right groups. He said some European countries do not want to accept the fact that Islamophobia exists, as they are not interested in the rights of Muslims and hold imperial and sectarian motivations.

"If the current peaceful atmosphere in Europe fails, the biggest victims will be the Muslims," he said.