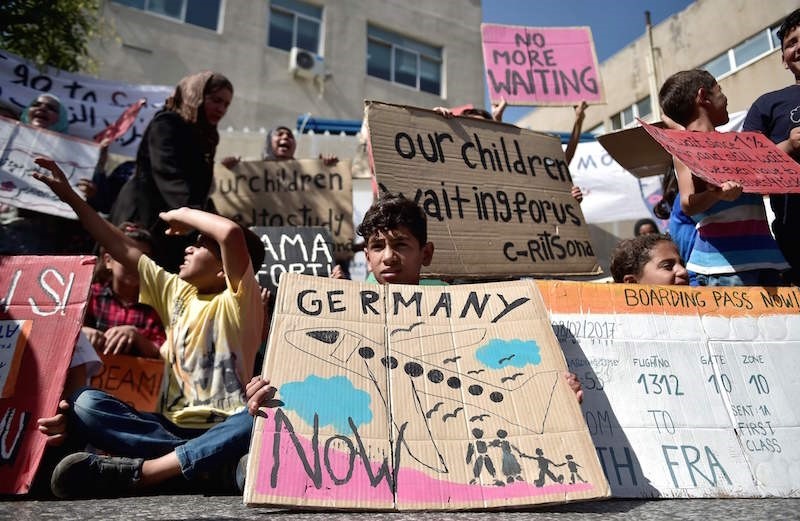 Syrian asylum seekers living in Greece have held a protest rally in Athens calling for the German government to open its borders to refugees.

About 100 refugees including women and children demonstrated against long waiting periods before migrants living in Greece can be reunited with their families elsewhere in the EU. After the German government closed its border to refugees, Syrians were forced to remain in Greece without any chance to reconnect with their families.

Protesters, most of whom have siblings or parents in Germany, demanded families be reunited, and held signs reading "I want to hug my mom." Some of the placards contained a message for German Chancellor Angela Merkel, reading "Merkel open the border."

More than 60,000 Syrian refugees became stuck in Greece after the European doors closed for asylum seekers and migrants. Women and children face a slow reunification and relocation process.

Greek media has reported that Greece and Germany have informally agreed to slow down refugee reunification, stranding families in Greece for months after they fled Syria's civil war.

The EU plans to relocate some 160,000 refugees from Italy and Greece by September is failing amid waning political will to help those risking their lives to reach Europe. Until now only 27,695 migrants have been relocated from overwhelmed camps.